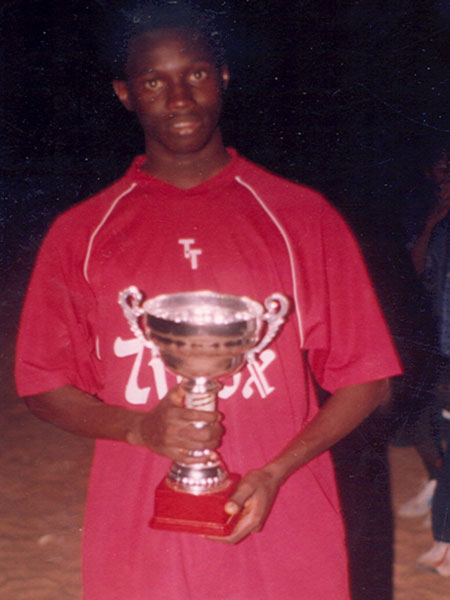 Montang Darboe is among the rising stars of the 2008 Gunjur Nawettan League Championship Tournament organised by the Gunjur Youths and Sports Development Association.

He was born in Gunjur 1994 and he started playing football on the streets of Gunjur in early 2000. He also played for the Gunjur Lower and UpperBasicSchools in 2001 and 2002.

In 2004, his club Young Farmers FC joined the junior football tournament in Gunjur and they won the championship and he was the leading goal scorer of the tournament with seven goals in total.

He joined Commit FC during the last Gunjur Senior Nawettan League Tournament and he won the knockout trophy with them. This year he is playing for his own club Nas FC.

He scored two goals in that teams 3-0 victory over Madina United last week and he hailed his coach Alieu Jabang, team mates and Gunjur Youths and Sports Development Association.

His coach, Alieu Jabang, said that Darboe is a hero at Nas FC and he also said Montang Darboe is a player who can operate on both the left and right wing. "He can also play first and second striker respectively," concluded Coach Jabang.