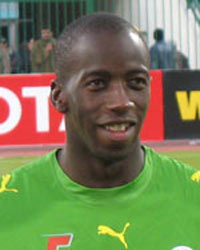 Lamine Ndiaye, the Senegalese Senior national team coach has finally named his squad for the up coming game against the Gambia, but both Niang and Diawara were left out despite a call for them to return to international duties. But to the surprise of many the Senegalese veteran, Khalilou Fadiga has been handed the chance to return to the national side after 3years absence.

The Senegalese coach recently made a call for the return of striker Momadou Niang and giant defender Souleymane Diawara for what is considered the most crucial derby encounter against their rivals the Gambia in the world and African cup preliminaries round slated for the 11thOctober 2008 in Dakar, Senegal.

It could be recalled that Khalilou Fadiga's last appearance for the Senegalese national team was 26thMay 2005.

The Senegalese team needs to beat the Gambia to advance to the next stage while the Gambia needs only a point against Senegal according to the football analyst.