Two goals in each half from Modou Sarr and an Omar Janneh go-ahead helped Gamtel to beat Interior 3-0 in the Gambia Football Association FA Cup, on 22 July 2012, at the Independence Stadium in Bakau.

The final saw a clash between reigning FA Cup champions Gamtel and GFA second-tier side Interior. Modou Sarr scored the opening at just 3 minutes before the end of the first session He score his double at just 2 minutes of the second half. Omar Janneh added the third goal for Gamtel at the 88th minutes of the game

Gamtel won the GFA FA Cup title back to back in 2010 and 2011 respectively, but lost to Young Africans in the 2009 FA Cup final on post-match penalty shootout, after goalless draw in regulation time.

The victory has now given them right to retain the FA Cup title for the third consecutive time.

Sunday’s match was the first appearance for Interior in the GFA FA Cup final. 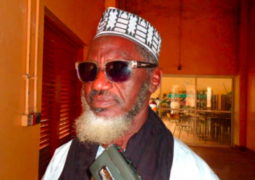