The theft case involving Modou Manga could not proceed on 6 January 2011, before Magistrate Tabally of the Kanifing Magistrates’ Court, because the prosecution failed to produce their fourth witness.

It would be recalled that the third prosecution witness, Sally Bojang, testified on 17 January 2010.

The case has been adjourned till 19 January 2011, and it will be exactly one year for the prosecution to call its fourth witness to testify on the adjourned date.

The accused, Modou Manga, has since denied the charge that he stole 1952 bags of rice at the KGI.

He was first arraigned before the former Magistrate, Buba Jawo, in 2008. 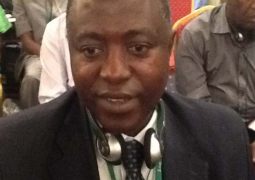