The Prize Committee of the Mo Ibrahim Foundation has decided once again not to give the award this year, just like it did last year.

Following its deliberations, it was announced, the Prize Committee informed the Board of the Foundation that it had not selected a winner.

Last year, the Prize Committee announced that it had considered some credible candidates, but after an indepth review they could not select a winner.

This year, the Prize Committee told the Board that there had been no new candidates or new developments and, as a result, no selection of a winner had been made.

For Mo Ibrahim, the founder and Chairman of the Mo Ibrahim Foundation, "The Board respects the decision of the Prize Committee not to select a winner for the 2010 prize.

The Prize Committee, which is independent from the Board, is a unique repository of experience and expertise."

Whether there is a winner or not, the purpose of the Foundation is to challenge those in Africa and across the world to debate what constitutes excellence in leadership.

The standards set for the prize winner are high and the number of potential candidates each year is small. So, it is likely that there will be years when no prize would be awarded just like 2009 and 2010.

The Ibrahim Prize recognises and celebrates excellence in African leadership. The prize is awarded to a democratically-elected former African executive head of state or government who has served their term in office within the limits set by the country's constitution, and has left office in the last three years.

Many African countries are making great strides not just economically, but also in terms of their governance.

The Ibrahim Index, which measures the performance of African countries across around 80 governance criteria, indicates that the overall standard of governance is improving.

Nevertheless, the foundation is anything but complacent about the standards of governance in Africa. Its mission is to improve governance and nurture leadership in Africa.

It is clear that much more needs to be done. It is for that reason that the foundation has decided to promote complementary initiatives.

This award is a challenge to all African leaders, as well as prospective leaders. The prize at stake is huge in monetary terms, and is worth it for African leaders to make the required effort to win the award.

As for Mo Ibrahim, all he wants to see happen is that the issue of good governance be given the attention it rightly deserves on the African continent.

Thus, the question that one may want to ask is - why there is no winner?

The answer is a simple one - there is no African leader, serving or retired, who meets the criteria set for recipients of the award.

The Mo Ibrahim Foundation indeed provides criteria by which citizens can hold their governments accountable.

One very important thing it does is that it provides a good incentive for African leaders to respect constitutional term limits, and encourages sit-ting African leaders to step down, the lack of which have always been a source of conflict in African states.

Thus the task of promoting good African leadership is now more important than ever before. For instance, good governance is crucial, if Africans are to share in the strong economic growth that many are predicting for the continent this year. 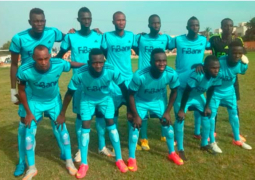