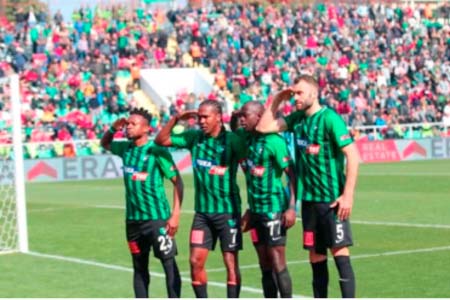 Scorpions winger, Modou Barrow has scored a fine goal during his Turkish side, Denizlispor 2-0 home win against Yeni Malayaspor in their week twenty-four fixtures of the Turkish Super Lig played at the Denizli Ataturk Stadyumu on Sunday.

This is the third goal scored by Barrow who is on loan in Turkey from the English side Reading FC.

Mo Barrow as he fondly called is named in the 35-man provisional squad of The Gambia for the AFCON qualifiers game against Gabon later this month.