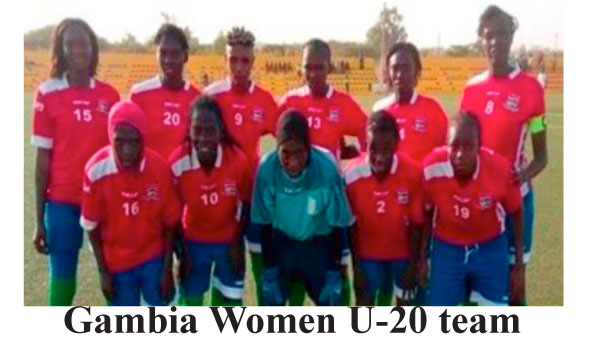 The Gambia female Scorpions have been eliminated in the ongoing West African Football Union (WAFU) tournament after been beaten 2-1 by Liberia in their final group stage match played at the Wasum stadium, in Sierra Leone, on Monday.

The Liberian team took a 2-0 lead in the first half after opening the score-line in the early minute of the game. The Female Scorpions team goal poacher Adama Tamba cancelled one goal for the Gambian side but wasn’t enough to send the game into a stalemate.

Meanwhile, the female Scorpions after bouncing back from their WAFU opening match to beat Guinea Bissau 5-2 in their second encounter played on Friday, many though it would have been a turning point for Coach Mariama Bom Sowe and charges but all hopes shattered after the Liberian sent the Gambian team packing out of the tournament.