The Major League Soccer will hope Toronto FC's surprising victory will open similar results for its other three sides: , Seattle Sounders and , as the American top flight seeks to improve its representation in the knock-out stages after making just one entrant (Columbus) last season.

s fine start should fall in line with top results from the other MLS contingent in group play to achieve this target.

Goal.com stated that the Canadian champions from Group A will play their next three matches away before closing out the competition with home dates against and Arabe Unido (). They hope to achieve the chance to succeed relying on central midfielders Julian de Guzman, The Gambia’s Amadou Sanyang (when fit) and Martin Saric plus Nick LaBrocca, to disrupt the pace of the opponents and protect the back four.

Sanna Nyassi’s Seattle Sounders FC finds themselves in Group C, and will embark on their first Champions League trip with plenty of momentum generated by a six-match unbeaten run in local league.

celebrated its qualifying round victory over Metapan () by landing in the most difficult of the four groups. They will be faced with tedious opening group of four matches: at Marathon () on Friday. They will later take on (), Saprissa (), at . 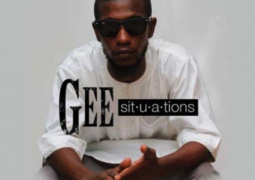