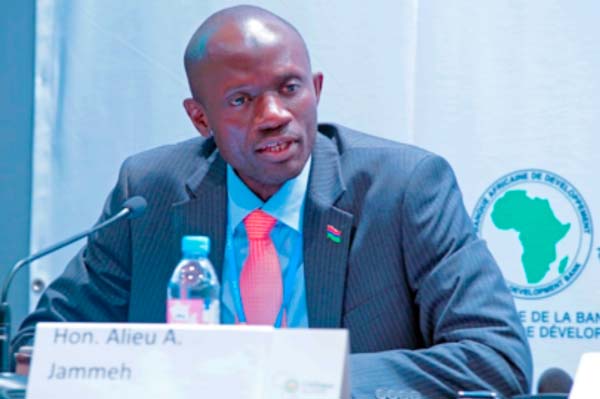 The Minister of Youth and Sports, Alieu K. Jammeh on 18 February 2016 commissioned the new synthetic rubber tracks of the Independence Stadium in Bakau.

Speaking on the occasion, Minister Jammeh said his ministry and the Ministry of Basic and Secondary Education are celebrating the momentous day through sports with school children.

He described the day as significant because it epitomises and consolidates their collective resolve to meaningfully revive school sports in the country.

They are strongly convinced that not only is sport, physical education and physical exercise good for the physical growth and mental alertness of children in schools and but also good for the identification and nurturing of talent in our desire to achieve excellence and glory, he stated.

“In constructing a solid and sustainable sports development framework for the country, we need a coordinated and coherent community participation in sports, availability of sufficient and standard sports infrastructure and a functioning school sports system,” he remarked, saying their vision is to ensure that these three cardinal components are addressed in a gradual process.

It is for this reason, he went on, that the Government has continued to pump in millions of dalasis to revamp the Independence Stadium.

Similarly, it is why the ministries of Youth and Sports and Basic and Secondary Education has continued to collaborate through a smart partnership to revive school sport.

“The new tracks we are commissioning today, covering 6050 square meters, has cost Government and partners about D25,000,000.00, out of which the Gambia Government contributed about D19,000,000.00 constituting payments to both the local and international contractors, GAMWORKS Agency and MONDO in Italy, respectively,” according to Youth and Sports Minister Jammeh.

“In general and as a result of the Government’s determined efforts, the Stadium and the Friendship Hotel is slowly but surely reclaiming its lost glory. We pride ourselves with a state-of-the-art flood lights, a rehabilitated swimming pool at the Hotel, gradual beautification of the edifice and an installed international standard synthetic running tracks. All of these projects put together cost Government over D40,000,000.00. Currently, we are in consultations to make the Scoreboard and the PA systems functional, in Shaa Allah, in the very near future,” he also said.

Therefore, the young people, particularly the athletes, have reason to be proud of these achievements as the investments are entirely for them, he said, expressing sincere thanks and appreciation to President Jammeh and his entire Government for once again demonstrating its pro-youth development agenda through this project.

He said there could be some more funds from the IOC through the GNOC and if those funds are available, they would use them to cover the non-competition areas of the tracks.

“As we recognise the cost involved in this project and note the importance of having such tracks, we implore on all and sundry for the proper use of the tracks so that its longevity can be guaranteed,” he appealed. 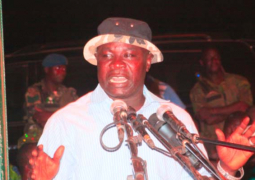