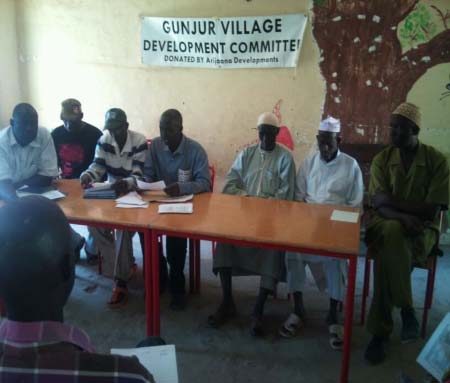 The AGM brought together Executive members and a cross-section of the community to discuss their achievements and constraints.

Speaking on behalf of the Alkalo of Gunjur, Mamadou Busseh Touray hailed Gunjur VDC for their contribution towards the development of the village.

He added that the new VDC took office in 2012 and since then they have witnessed several developments in the village under their stewardship.

Speaking on behalf of Gnysinba (chief women circumciser) of Gunjur, Neneh Samateh applauded Gunjur VDC for their contribution towards the development of the village.

Darboe thanked members of the committee for their hard work and dedication, whilst expressing optimism that VDC could bring more developments to the village in years to come.

Speaking on behalf of the chief of Kombo South, Omar Bojang, alias O.B, commended the Gunjur VDC for its efforts at bringing development to the coastal settlement.

The chairman of Gunjur VDC, Demba Jobe Touray, expressed appreciation for the support provided by the chief, Alkalo, Gnysinba, ward councillor and the entire villagers during difficult times.

Chairman Touray also hailed President Jammeh for making rational decision of dissolving the former executive of Gunjur Community Link (GCL) in the interest of the village cohesion and community’s development.

He also thanked the former minister of Local Government, Momodou Aki Bayo, for the support he rendered to resolve the Gunjur/Marlborough impasse.

Chairman Jobe Touray further revealed that just within three months in office the new GCL has succeeded in hosting their friends and brothers from Marlborough.

Noting that the four groups which visited Gunjur during this period have expressed profound satisfaction in welcoming them and throughout their stay in village, he said the VDC had restructured health sub-committees who have done tremendously work at the health centre with support from Gunjur Concern Foundation by refurbishing the solar lighting system and providing some medicines to the health centre.

Chairman Jobe Touray further stated that VDC has established sub-committees responsible for the forest and fisheries and has restructured the committee to protect and prevent the forests from dangerous practice.

He disclosed that the VDC in collaboration with Global Unification and Gunjur Environmental and Protection Group, has embarked on mangrove planting exercise at Gunjur Bolongfenyo.

Jobe Touray added that they have acquired land for the senior secondary school, the Youth Centre and the school for the disabled.

According to the chairman, Gambia Scout Association had donated over 100 chairs and tables to Gunjur Lower Basic School, whilst Concern Foundation also donated garden materials to the school.

The Chairman of the Health Committee, Foday Darboe, thanked Gunjurians in the Diaspora for supporting the Gunjur Health Centre with medicines and other health materials.

He disclosed that the health committee wants to establish a pharmacy at the Gunjur Health Centre.

Darboe added that his committee had deposited D63,000 at the bank for development projects in the village. 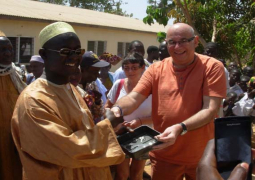