A 19 -year old was recently jailed for escaping from lawful custody. The Bundung Magistrates' Court, chaired by her worship Kumba Sillah Camara, sentenced Lamin Sanneh to serve a mandatory six-month jail term with hard labour for escaping whilst under lawful custody at the Bundung Police Station. He was said to have effected his escape by opening the window of the cell.

In another development, One Bakary Keita, alias Baka, 21, was recently charged with defiling a teenager after allegedly having sex with her without her consent.

Bakary, a resident of Nema Kunku village in Kombo North, was lately arraigned at the Bundung Magistrates' court where he was charged with defiling the victim. He was granted bail in the sum of D50, 000 and will reappear in court on December 22nd. 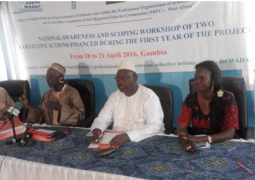