Yerro Jobe and Samba Jobe were on Monday cautioned and discharged by the Brikama Magistrates’ Court, after they admitted to the offence of conspiracy and stealing.

They begged the court to temper justice with mercy.

According to the facts of the case as narrated before the court, it happened on 22 June 2012, when the accused persons agreed to withdraw some litres of fuel from the tank driven by the 1st accused.

The facts revealed that the 1st accused was an employee of Nabil L. Massi, the proprietor of Speed Fuel Company Ltd and was assigned to go to the fuel depot at Mandinary.

It added that he should supply the various Speed Fuel stations, stating that upon arrival at Mandinary, he parked the vehicle in an incomplete building and started to offload the fuel from the tank to an empty barrel.

The 1st accused then called the 2nd accused, who hired a taxi and brought along 7 gallons of 20 litres, and they started to transfer the fuel from the barrel to the 20-litre gallons.

While in the process, a team of the security operation bulldozer met them and immediately effected arrest on them.

The accused persons were taken to Banjul, the headquarters of Operation Bulldozer, for further investigation, where they confessed of committing the act.

They were later cautioned and charged with the offence committed. 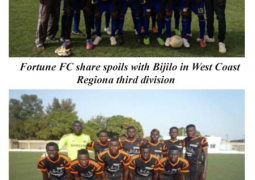 Protecting Children: “Children and the Law” 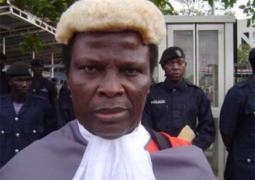