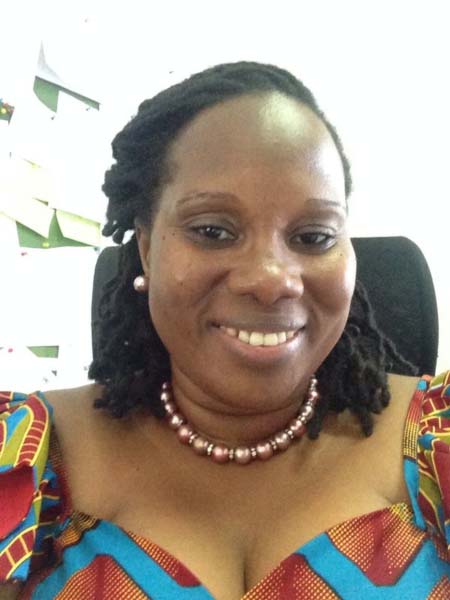 Hello and a warm welcome to yet another edition of She-she-she, your weekly column that deals with issues of women and girls within the country and beyond.

You believe that there are outstanding women who have excelled in education and serving as leaders in high respectable institutions? Adam Wadda-Jammeh, country head of Human Resources at Standard Chartered Bank The Gambia and the President of Rotary Club of Fajara, is one of them.

She is a prominent lady and a career woman, a philanthropist and a loving wife and mother.

She is one of those women who rub shoulders with men without having to worry about anything because she has the qualification, willingness and above all loves challenges.

What is more amazing is the fact that she is lovely, down-to-earth and was smiling beautifully throughout the interview she granted us.

She is a role model for you and me because when you have a chat with her, success is all you see and dream off.

Well if you want to know more read on:

Adam Wadda-Jammeh, country head of human resources at Standard Chartered Bank The Gambia, went to Gambia High School and Ndows, and she is a graduate of Kentucky State University.

She did her bachelor’s degree in political science and minored in international relations in 2004, got dual masters in economic administration & development in 2006 and in human resource management in 2007.

“Before working for Standard Chartered Gambia Ltd, I worked for UNICEF as senior human resources. I have always worked in the development world. I have always been in the humanitarian service and one thing about me is that I hate being bored so I had to be challenged at all times and I try to maximize my time a lot,” she said.

She said that after every couple of years she re-evaluates herself to see the level she is and where she wants to be and what she needs to do.

“So during my evaluation period I understand that I have been in the development side of things; I didn’t have clue as to what happens in the other institutions, for instance institutions like banks,” she said.

“Since I am very curious I decided that I need a change of career so the Standard Chartered Bank country head of HR was a good start for me so I had to jump from the humanitarian to the profit-making,” she added.

She said she has been with standard Chartered Bank for a while and she loves it there.

Madam Wadda said she loves the challenge because she really has no idea what they do and all she knew was she kept her money in the bank and now that she has been there for few months she is learning and not only about HR but about the different businesses and functions of the bank.

“It’s a lot but I like it and I like the fact that I can go to work. I can go home take care of family and during my spare time I still do some humanitarian work,” she said.

Madam Wadda said being a Rotarian entails a lot of giving support and doing community work, adding that this was the opportunity she had to give back to the community.

She said she does not want to go to work, come home and keep her pay cheque but wants some part of her pay cheque to go to a worthy course and this is one of the ways she could do it.

“I have a history with rotary because my father was part of the chartered members for rotary club of Fajara and I was quite young seeing him go to meetings all the time, engage in the polio vaccination campaign and go through a lot of processes of community service; so coming back to The Gambia and working with UNICEF and rotary being the number one champion for polio, have given me the opportunity to be part of them,” she said.

She said that currently at the Rotary Club they have a water and garden project in CRR and it has been going on for a while and what they do is, they partner with another rotary club outside The Gambia and they provide them with funding for the project, which is like a grant.

She said they do an assessment and select some villages and try to get them clean water and in the process provide them with seeds for gardening for sustainability sake.

She said they get someone to drill a borehole for them and they also fence the garden for them and as well buy tools for them and support them with fertilizers.

She added that whatever money the villages earn from that, they put a little portion of it aside just in case the pump breaks down as they leave it to the communities to take ownership of it.

On her gender equity and the empowerment of women, Madam Wadda said women have passed the stage of wanting someone to empower them because they are already empowered both educationally and work-wise and she thinks women should grab the opportunity and run with it.

In the case of 50/50 when women talk about gender in our local languages, Madam Wadda said they are getting the whole concept wrong.

She said: “When we get to a stage where we say the man does 50 and the woman does 50 we are getting it wrong, because we have our own strength and so do men.

“For instance, I am a woman and I can do stuffs that my husband cannot do at all and in that instance is not 50/50 but more than 50/50 because I am leading; however there are instances where my husband can do better than I can and that is not 50/50, so there is no such thing.”

Asked how she manages work, family and other activities, Madam Wadda said: “It is the support system that helps me. It is very demanding and intense if you want to have a career and being a parent at the same time; that is why you have to have the support system.”

She said most people fail either in their career or family because they do not have the support system, adding that there is also a need to find a balance because she was not going to stay at work till 7 to 8 knowing her kids go to bed at 8pm.

She said she does not mind going back to work after they go to bed.

For young girls who wish to have a successful career life like her, Madam Wadda said they have to be persistent because there are lots of things that will knock them down but they should not let it weigh them down.

“I set goals for myself to survive and I revisit those goals to see how do I get to this point and what do I need to do; so for us women to reach our goals we have to be very persistent, strong,and be somebody who thinks outside of the box,” she said.