Medina FC have sealed their place in the knockout finals of the ongoing Serrekunda East Sports Development Organisation (SESDO) Knockout trophy following their 1-nil win over Abuko United in their semifinals encounter played at the Serrekunda East Mini Stadium on Wednesday.

Substitute Ebrima Jammeh scored the only goal of the game for Medina FC in the 71st minute from a brilliant finish when teammate Sana Jabang made a sensible individual work before setting him up inside the area for him to score from close range to guarantee his side a breath in the finals of the knockout competition.

Both team ended the game with 10 men following the sending-off of Bakary Darboe of Medina FC and Christopher Jatta of Abuko United in the 78th minute of the game. Both were sent off after been shown straight red cards for unsporting behaviour.

Medina FC will face the winner between Falcons FC and Latrikunda United, who were fighting for a spot in the final as of press time, in the final of the knockout competition.

Speaking to reporters shortly after the game, Ansumana Jallow, head coach, Medina FC, described the victory as very important for his side but added that they deserve it.

Asked about his take on their opponents being furious and protesting after the game, he said this is football and the opponents have to accept defeat and show fair play.

Jallow, who lead Medina FC to the league final last season, noted that his team always goes for trophies and called on the fans of his team to be patient since football demands a lot of patience.

He described Abuko United as a big team and as such they did not expect an easy game.

Musa Sissoho, head coach of Abuko United, said his side had some hard luck since they played better and also created better chances during the game.

He stated that they have taken the defeat in good faith and will prepare better for next season.

Sissoho said that as a committee, SESDO should be neutral, claiming that the Serrekunda East Committee are always in support of Medina FC, which is why referees usually favour them when they meet with other teams.

He noted that they want to form a team and participate in the third division qualifiers this year, but they will maintain their current team of the East Nawetan competition. 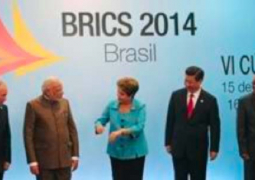