The Vice President Isatou Njie-Saidy, in her capacity as chairperson of the Disaster Management Governing Council, has underscored the important role of the media as a public watchdog, stressing that this is fundamental.

"The first pillar in complementing government's efforts on DRR is the NGO community and UN agencies, while the second pillar is media and, in my view, the media's coverage of disaster in the country has improved significantly in the recent past, both in quantity and quality" VP Njie-Saidy said.

"I saw stories on disasters which are more informed, more innovative and more evidence-based, and I encourage more of the same matched by a complementary commitment to the responsibilities of good and responsible journalism and reporting," she said.

Vice President Njie-Saidy was speaking last Thursday as she launched the s National Platform for Disaster Risk Reduction at the Senegambia Beach Hotel.

The launching followed a three-day meeting on the establishment and strengthening of the Gambia National Platform for Disaster Risk Reduction, which brought together over 35 participants.

According to the Vice President, the establishment and strengthening of the National Platform for Disaster Risk Reduction has come at an opportune time, considering the increased magnitude and the frequent occurrence of disasters and their impact on national economies and sustainable development.

"You are all aware of the devastating floods that hit the country in 2010 and, indeed, in all the countries in the sub-region and beyond. These floods underscored The Gambia's growing vulnerability to the incidence of natural disasters, and the need to strengthen the institutional set-up for disaster prevention and management in the country," she added.

She stated that the interventions of the government, and the leadership example demonstrated during the floods, are a clear demonstration of the high political commitment in the country to disaster risk reduction.

The Vice President saluted the efforts of NGOs, civil society partners, UN agencies in the and International Red Cross Society, the private sector and individuals for supporting and complementing the efforts of the government in the area of disaster management and prevention in The Gambia.

She further noted that the ECOWAS guidelines for the establishment and strengthening of the National Platform for Disaster Risk Reduction were validated by experts from member states at a meting held in in July 2010.

This, she went on, includes technical inputs from institutions such as WFP, UN Office for the Coordination of Humanitarian Affairs (UNOCHA), UNDP Bureau of Crisis Prevention and Recovery (UNDP/BCPR), WHO, World Metrological Organisation (WMO), UNICEF, World Bank Global Facility for Disaster Risk Reduction (WB/GFDRR), and the International Federation of the Red Cross and the Red Crescent (IFRC).

She said The Gambia, like the rest of , is vulnerable to climate change and its associated risks from a range of hazards, including drought, floods, wind storms, locust invasion and landslides that have caused widespread damage and losses in the past.

Vice President Njie-Saidy further stated that the loss of life and property, and the challenges that were faced in the aftermath of the 2010 floods precipitated the need for strengthening and amplifying existing policy and institutional arrangements to reduce losses from disasters in future.

The Executive Director of the NDMA, Essa Khan, chaired the closing ceremony.

Previous:
This must stop!
Next:
Gambia identified as potential winner for prestigious FAO award

Julakay Charged with Stealing, Others 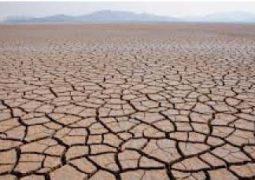