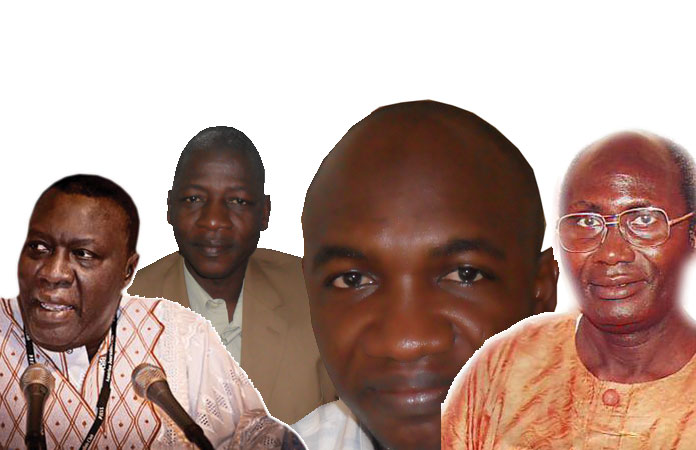 As we enter the New Year with high hopes of prosperity, especially on the side of the media, one of The Point’s correspondents went out and about to elicit New Year comments from notable media chiefs in the country.

In their resolutions, media chiefs expressed the need for a more media-friendly environment in the country, the need to decriminalise libel and repeal the law of sedition, as well as the need for closer government-media collaboration.

What follows are the views of the various media chiefs:

The year 2010 has been an interesting year for the media. Having been pushed into a corner, it has emerged more vibrant, assertive and confident in the face of daunting challenges.

As we usher into 2011, the challenges confronting the media still abound, and are quite uphill. The most significant ones are:

1.Anti-media laws are still a thorn in the flesh of journalists and the media. They are inimical to freedom of expression and the media, and thwart the efforts of the media to hold the executive accountable as required by section 207 of the Constitution. In short, libel should be decriminalised and the law on sedition should be repealed. The law on false publication and the Newspaper (Amendment) Act 2004 should also be repealed as they serve no other purpose than to act as a bottleneck in our democratic process.

2.Personnel in the state-owned media should be allowed to operate as required by section 208 of the Constitution by ensuring divergent views and dissenting opinion. The state owned media is a property of the people, and should not be used to promote any political party.

4.The Information and Communication Act needs to be reviewed with a view to curtailing the powers of the Minister and putting the regulatory authority in full charge. This will bring about dramatic change in the broadcasting media, particularly relating to news.

5.Access to training for media personnel has seen some progress last year, but a lot more needs to be done. The institutionalisation of training of media personnel, particularly to diploma level must proceed vigorously. This will enhance the quality of output and strengthen professionalism.

6.We live in a society that has people with divergent views and dissenting opinions. Quite naturally, the media is expected to be pluralistic. Therefore, a government that sees the media as political opponents can only be described as short-sighted. An enlightened government will not hesitate to encourage a pluralistic media, and even engage in debates.

A lot more can be said about the problems and needs of the media, that needed to be addressed, but the ones mentioned above are quite pressing.

Pap Saine - Co-publisher of The Point newspaper and Managing Director

I would, first of all, like to thank my dedicated staff for the big challenge that we are facing in our quest to promote freedom of the press in The Gambia. To run a newspaper in The Gambia is not an easy task, since one faces many challenges and constraints due to the fact that there are so many things involved, especially the prevalence of anti-media laws and the cost of printing materials.

All these are really hampering our work as journalists. I will also appeal to the public to make sure that they contribute, in terms of readership and advertisement, for the sustainability of the independent media, which is, no doubt, playing a key role in the society by promoting divergent views. The independent media also promotes, and make heard, the voices of the voiceless.

As we enter the year 2011, I will like to renew my appeal to the Gambia government to open its doors to the independent media, to have access to official information. Up to now, the independent media has been sidelined by the authorities, by not sending us important statements and press releases, whose contents are very vital to the daily lives of the people in the society.

Despite these constraints we, as always, will try our level best to have access to those statements and published them in the interest of the public.

Government and the press should work closely, as they are partners in development and not enemies. Once again, I appeal to the authorities to repeal all draconian media laws, which were enacted in 2004. There is also the need for Government to open a school of journalism, which will help a great deal. Journalists are contributing their quota to nation-building, but in doing so, they should be responsible and ensure professionalism.

There is also the need for the government to appoint a Spokesperson for the Government. This must be a person who will always be available to make clarifications to the press. The majority of African governments have done so.

I wish a happy and prosperous New Year to all our readers and customers, including everyone living in The Gambia.

As far as we are concerned, at the Daily News, the year 2011 is a year of stock-taking and reflection on what has happened in 2010. And as far as the media in The Gambia is concerned, Gambians need to put heads together, especially in the area of press freedom.

There are media laws in the Gambia which really need to be repealed, because they are not friendly to the media practitioners. We prefer a Gambia where everyone can just get up one morning and establish his or her Newspaper without going through any legal requirements, as prevails in media-friendly countries like Ghana and others.

Gambia needs more media outlets, so that the level of awareness in the country can rise; that is the Gambia we are looking for. I’m also sending a message to other media chiefs to be objective in the way they prusue issues by putting the truth, check their facts as this is the only way in which we can protect ourselves.

We should also not be afraid in reporting the facts. Once we have the facts, we should go ahead with our publication, based on the public interest. Journalism is all about construction and not destruction. What is in the public domain, and is in the interest of the general public, is what we need to work on.

The relationship between the media chiefs and their employees must be cordial and, as media chiefs, we should create the enabling environment for our employees, especially the reporters, who always go in and out to get information for the papers. If they are well-motivated, they will see the paper as their own, and work professionally.

A well motivated team will give the best delivery and, as media chiefs, we can also offer incentives for our reporters, which can be on monetary terms or in kind, depending on the size and the volume of the company.

For the year 2010, there were no reports of journalists being arrested, detained or harrassed. It was a positive year, and we do pray and hope that 2011 will also see a continuation of such a positive trend. The media is very essential in society; it needs to find ways to co-exsist as it has a very important role to play in society.

When the media is independent, it can be able to do its job. It can also be able to bring to bear its benefits to society. The media have to be responsible in its role; every profession must have its ethics and professional codes that bind all, and media practitioners should abide by those ethics and codes of the journalism profession.

Financially, 2010 was a very difficult year for media houses in The Gambia, and we pray and hope that 2011 would be a more profitable and better year for all the media houses in the country. Here at Today Newspaper, I have a very cordial relationship with my employees, but you would  never have a situation in which you would not have one or two who would have problems.

The year 2010 was a better year for journalists, than the year before. There is still room for more vigilance on the part of journalists by safeguarding our rights as journalists in the conduct of our profession. That is, to pursue the truth, and to inform the general public about developments in the country.

As the year 2011 happens to be an election year, the tempo is bound to rise. As such, journalists should carry out their duties in the interest of the Gambian people.

Government should also give more room for journalists to operate freely within the confines of the law. Journalists should be allowed to inform Gambians about developments taking place in the country.

It is the constitutional right of  journalists to inform the general public about what is happening in the country, but if there is an environment that is not favorable to them, they can’t do their job as expected of them. I would like to urge young journalists in the country to take guidance from the experienced journalists, so as to develop themselves into full fledged journalists through practice and training, among others.

The media in the Gambia is growing fast, for the past few years, with the print media coming up with colour printing, and many FM radio stations coming up in their numbers.

The future for the Gambian media is bright.