Lamb, beef, pork, horsemeat, rabbit and even kangaroo . This type of allergy remains uncommon, Dr Martine Drouet of assures us, but if it does occur the results can be dramatic. Literature on the subject reports some cases of grave renal insufficiency caused by the ingestion of pork, for example. Fortunately, in the great majority of cases, the symptoms usually only take the form of swollen lips, itching, cheek oedema, urticaria or rhinitis or conjunctivitis. For allergy specialists, the challenge is to identify the allergen or allergens responsible.

Very often, food allergy to meat forms part of crossover allergy: for example, between mammal hair and meat, or between poultry meat and egg. But there can also be more unexpected repercussions such as a crossover allergy between certain meats and certain drugs. For example, people who are allergic to pork may well react to heparin. And there's a good reason - the anticoagulants the drug contains are derived from pig intestine.

Serum albumin, also implicated in milk allergy, is often responsible for allergies to meat - pork and beef in particular. The good news is that this protein is destroyed in the cooking process. But this is not the case with another allergen: myoglobin. If in any doubt, go and see your GP or consult an allergy specialist.

Beetroot . not just a question of sugar!

Though banal in appearance and commonplace in use, beetroot is nevertheless full of good things. The beetroot you use for salad contains large amounts of vitamins and minerals. In terms of vitamins, beetroot is rich in: vitamin A - good for the eyes and particularly for night vision and seeing in poor light; group B vitamins, including vitamin B1 which is good for the nervous system, B2, B3 and B5 which are good for the skin and mucous membranes; and vitamin PP for the skin, the nervous system and the digestive system; vitamin C, the benefits of which are already well known; and finally, vitamin E which is beneficial to spermatogenesis and the reproductive function in general.

Beetroot is also rich in beneficial minerals such as magnesium, phosphorus, manganese, copper, iron, zinc, calcium, potassium, bromine, chlorine, lithium, sodium and sulphur. In other words, it is a food that is "good for virtually everything" and can be particularly beneficial to those suffering from conditions such as demineralisation, fatigue, digestive problems and hepatic or hepatobiliary disorders.

Beetroot is also a powerful remineralizer, with toning and stimulant properties. You can eat more or less as much as you like without any secondary effects . except perhaps a red tinge to your urine. But don't worry about this - the colour will go away as soon as you stop eating beetroot.

According to a Dutch study, food choices during pregnancy can lead to allergies . in the unborn child. In particular, this seems to be the case with groundnut and groundnut products which, if consumed on a daily basis, increase the risk of asthma by 50%.

Researchers came up with this result after analysing the dietary habits of 4,000 mothers-to-be. The women in question were asked to answer a very precise questionnaire. Researchers then monitored their children's health up to the age of eight. This allowed them to establish a clear relationship between the daily consumption of groundnuts - in whatever form - and the risk of asthma in children. This is the first study to show this correlation, the author comments with surprise. However, she stops short of recommending that pregnant women should avoid eating groundnut products, which in a country like the Netherlands where chips and mayonnaise are so popular, is easy to understand . Nevertheless, she does stress the importance of varying one's diet and eating a little of everything . in moderation.

When health goes hand in hand with sustainable development

Launched in 1987, the Mectizan Donation Program for the treatment of onchocerciasis (river blindness) in Africa and Chagas disease in , is a textbook example of success. More than 530 million treatments have already been distributed, and each year, over 40,000 cases of blindness are prevented worldwide.

Onchocerciasis is caused by a worm that enters the body via a bite from a small simulium fly that lives near rivers. Its larvae develop in waterfalls and rapids - hence the name "river blindness". Chagas disease, on the other hand, is transmitted by a different type of insect: triatomines. Infection can remain dormant for decades but can eventually lead to complications, with disabilities and even death.

The eradication program is the product of an exemplary public-private partnership: governments from over 30 countries, 13 NGOs and MSD laboratories. Up to now, 33 countries in Africa, Latin America and also the have benefited from this donation program, the longest-running in history.

And the results match the investment. Combined with antivectoral measures, the fight against onchocerciasis has led to a 17% increase in economic development in with 35 million hectares of arable land being returned to farming which had previously been abandoned as unhealthy. Another "collateral" benefit of the program has been improved access to other health services such as distribution of vitamin A, of insecticide-impregnated mosquito nets, and eye care .

Allergies - be careful where you put your mouth

Do you suffer from itchy lips? It's almost certainly due to a food allergy. You can't think of anything you've eaten that could have caused it? . but if someone gave you a kiss, that may be enough. That's right, food allergies can be caused by a kiss, whether you're kissed on the lips or on the cheek. A person who receives a kiss can develop an allergy to food eaten by the person who kisses them. According to an American study, this is more common than one might expect.

Out of 370 individuals who presented with a food allergy episode, 20, unprompted, reported reactions occurring after being kissed. What were the foods involved? Pecan nuts, peanuts, pistachios and fish. And how did the allergy manifest itself? In the form of urticaria, oedema and respiratory problems . and in some cases, allergic reactions were even considered to be life threatening. So take care. Almost 10% of cases of allergic shock appear to be food based. www.destinationsante.com 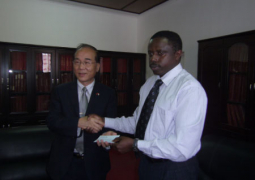