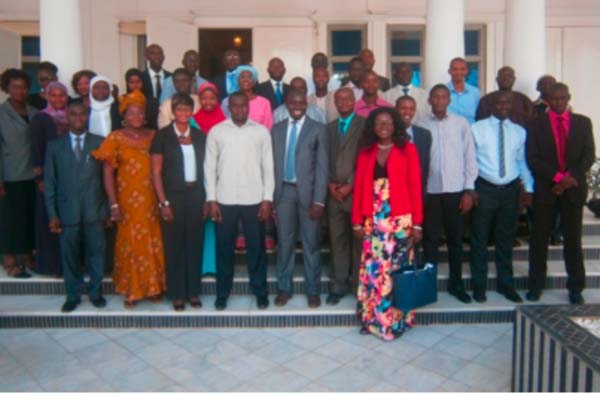 At least 24 civil servants were awarded certificates and given laptops at the end of a three-day retreat organised by the Financial Department of MDI, held at the Coco Ocean Hotel.

In her closing remarks at the wrap-up of the retreat, the Director General of MDI, Dr Jainaba M.L. Kah, said she was delighted at the level of participation of the participants.

The retreat was geared toward sharing best practices, skills and experience to map out the best way forward in improving service delivery.

She said President Yahya Jammeh on many occasions had assured all and sundry of his government’s commitment to achieving the goals stated in the new Vision 2025 and other national blueprints.

However, she said, the successful attainment of these goals depends to a very large extent on the financial performance of the civil service.

The Gambian civil service, therefore, must undergo financial strategy development and reforms, which would transform it into a sector that would enable the government to deliver, she said.

Thus, much is expected from the financial leaders of strategic institutions in The Gambia, to be part of that transformation to manage change, in order to bring about more financial efficiency and effectiveness in the delivery of services in the management of projects and products.

“I have been told this retreat was open and honest and highly interactive where you shared some of the major bottlenecks hindering productivity at your workplaces and how to raise the bar,” she said.

“Therefore, we sincerely hope that MDI has in the last three days built your financial capacity to enable you to go back to your various institutions and embark on transformational changes, which will have to optimize revenue generation and utilization and to properly invest and manage our financial fixed assets and infrastructure to bring about mass improvement in service delivery,” Dr Kah said.

“As Director General of MDI and acting Dean of the School of Business and Public Administration, my own commitment to contributing to public sector reforms is immeasurable given the critical task of ensuring that MDI delivers on our mandate, to train and equip civil servants with the requisite skills and knowledge to become more effective and accountable in the execution of their duties,” she added.

According to Dr. Kah, MDI and the University of The Gambia have now become significant partners in capacity building for the public sector.

The MDI official thanked the participants and their institutions for ensuring that the training course was successful.

She further thanked the participants for the trust and confidence bestowed on MDI, as well as the leadership and management of sponsoring institutions.

In giving the vote of thanks, Saihou Denton, Director of Finance and Accounting at the Gambia Revenue Authority (GRA), highlighted the importance attached to the training course, through which a lot of skills and knowledge had been gained during this three-day training course.

The training exercise, he said, was highly interactive and served as an opportunity for the participants to be utilized properly.

He thanked the management of MDI for the initiative, while assuring the MDI director general and its management that the knowledge gained would be put into practice at their workplaces.

He challenged the MDI management to continue this type of training courses, which he said would go a long way in helping civil servants in building their capacity. 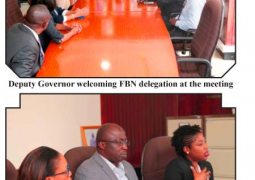