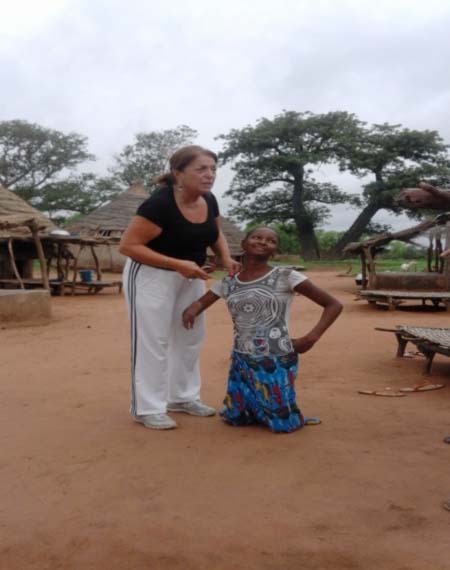 Anna Caruana, a philanthropist and her charity based organisation called mission in Malta, recently concluded a countrywide tour to visit the needy and poor children in the country.

The visit took them to LRR, CRR and URR to help the children in their education, heath, food and clothing.

Speaking during the tour in Lower River Region, Madam Anna Cauruana said she was very impressed with meeting the children in the other parts of the country.

She said her support was based in the West Coast Region, especially in Farato, where she is supporting a school with 75 children in their education, food and clothing.

According Madam Anna caruana, her mission in The Gambia is to support the poor and the needy children in the country and was ready to complete that mission.

“I will provide lot of food and clothing for these children because they are the leaders of tomorrow,” she declared.