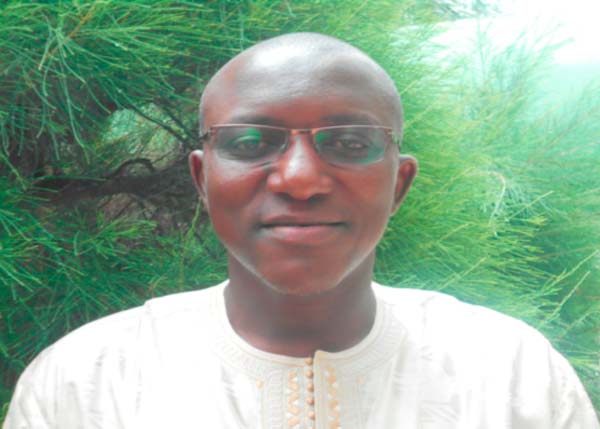 Speaking in an interview with this reporter, MD Abdoulie Tambedou said the Chinese company is interested in partnering with the GPA to improve the ports infrastructure, as well as to implement projects aimed at extending the jetty, increasing the container space and relocating the GPA head office to the back of the port, so that all areas inside the port premises are utilised as a single compound terminal.

The Chinese company would also dredge the channel so that vessels can get in and out of the port at the same time, without having to wait for high tides before they do so.

“We would like to partner with the Chinese, as these are some of the areas they have expressed interest in supporting the port, in the form of a soft loan repayable over many years,” he stated.

However, the GPA MD stated that the difference between the Chinese company and Bolloré and other terminal operators is that they want to have contract with the port over many areas in the next thirty years.

Mr Tambedou said Bolloré would like to manage the container terminal and improve the infrastructure, while paying signing fees plus making royalty payment to government and the Gambia Ports Authority.

In other words while Bolloré wants to involve in the operation of the port on investing in improving its infrastructure, the Chinese plan to invest only in the form of a loan to the Gambia government to improve the infrastructure.

The GPA boss said further that there are unsolicited offers of investment received from other companies apart from the Chinese and Bolloré firms.

According to the GPA boss, since he assumed duties at the port this year, the GPA management has been looking at giving the port a thorough facelift, in both “hard and soft infrastructure”.

“We want to transform the port by extending the jetty, increasing the container terminal, dredging the channel and rehabilitating the yard, which are all part of the physical infrastructure,” MD Tambedou said.

The GPA MD said that regarding soft infrastructure they are looking at staffing requirement, general staff improvement, welfare, improvement of computerization of the port to ensure  GPA have standard terminal operation system .

“We need to move to the computerization of the port, which is part of the soft infrastructure,” he said.

Regarding performance of his staff, the GPA boss commended his staff for their hard work and commitment, saying that GPA would endeavour to engage in refresher training for more capacity building to enable staff to respond efficiently to their work areas.

He therefore promised what he called cross-board training of staff at the port.

The GPA boss was quick to advise his staff to be hardworking, saying he would not compromise laziness, especially that The Gambia had been held back for the last 22 years.

“So it is important that we open a new chapter and work hand on deck regardless of our political party affiliations, in the interest of The Gambia,” he said.

He added: “The Gambia is bigger than all of us; so there is need to work closely in the interest of our motherland and support the government of the day,” he said.

He veered onto the condition of the port, saying that at the moment 80 to 85 per cent of hard volume is handled through the port “so we cannot do away with the transformation of the port”.

The GPA boss also lamented the prices of commodities, saying it is part of their immediate plans to ensure prices of basic commodities like rice and flower are not negatively affected by conditions at the port, that the port contributes positively to making goods affordable to the average Gambian.

He re-iterated his commitment to serving the government and people of The Gambia, saying he would do everything possible to live up to expectations by also ensuring effective service delivery at the port.

He assured of fast-track handling of vessels and other services at the port to avoid delay.

Regarding the Dakar-Banjul ferry operation, the GPA boss said this operation has been in existing since in the 1970s to 1980s.

“It was just in recent years that we were not best of friends,” he said.

“Nonetheless,” he added, “a high-powered delegation was recently sent to the port of Senegal to express our interest of renewing the relationship.”

Very soon, he said, the MD of Senegal’s Port “will come to The Gambia to see how to review the partnership”.