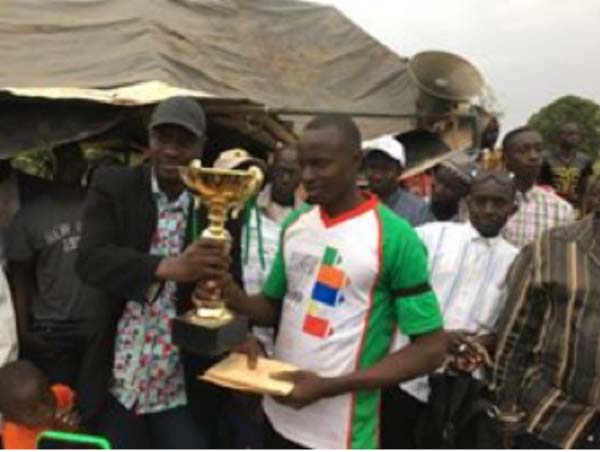 Mbollet Ba FC on Saturday 20 February 2016 beat Medina FC by a goal to nil to lift the Alagie Mbye trophy.

Amat Jobe was the hero of the day, scoring the only goal of the game played at the Biri-Biri Mini Stadium in Ndofan village, Lower Niumi District, North Bank Region.

The keenly-contested final of the tournament organised by Ndofan Sports Committee was graced by high profile sports personalities and attended by hundreds of fans of both sides as well as others from the surrounding villages.

Mbollet Ba FC, who dominated the first period of the encounter, recorded their only goal of the game in the 21st minute.

Medina FC, who won every single game of theirs prior to the final, were the better side of the second half but failed to convert any of their chances thus the game ended 1-nil in favour of Mbollet Ba.