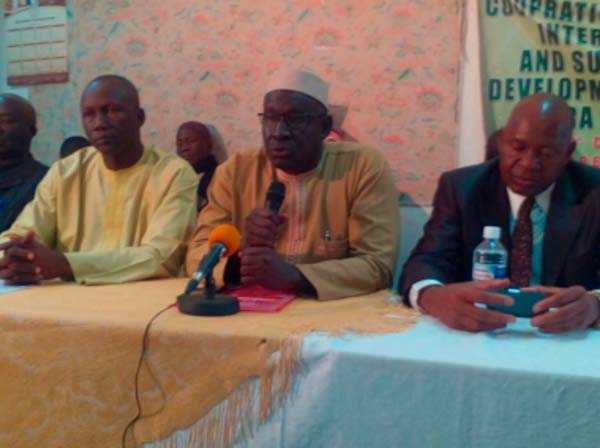 The SAFRA Scientific Committee, which brought representatives from the six participating nations to deal with pressing issues and chart a way forward for the development of member countries through realistic recommendations for implementation, has urged Mauritania to rejoin ECOWAS.

Food insecurity, cross border issues, peace and stability were also at the top of issues discussed at the scientific committee of SAFRA attended by participants from the six SAFRA nations.

Among the recommendations of the scientific component of the meetings, which formed the technical arm of the SAFRA Bureau, members also called for respect for and to strengthen ECOWAS protocols.

The conference held in a three-day intensive session at the conference hall of Regional Education Office in Basse Mansajang, and came up with recommendations.

The recommendations want members to sensitise their authorities with a view to ensuring the free movement of goods and services.

Speaking at the closing ceremony, the president of the Scientific Committee, Alassane Guisse, said the meeting was intended, among other things, to bring the participating countries under one umbrella to enable them discuss the development of their respective countries.

He said border standoffs are among the challenges which have to be addressed.

Guisse stated that a lot of issues that have been hindering the development of the ECOWAS member states are being thrashed out.

He said food insecurity is one of the most disturbing challenges facing the populations of SAFRA member states, noting that majority of them are dependent on imported foods from other countries, despite the fact that the African countries are blessed with the natural resources capable of boosting development.

Commenting on the issue of peace, the Scientific Committee president said SAFRA cannot achieve its fundamental aspirations, when some of the African countries are still facing overwhelming difficulties.

He said in the last edition of SAFRA in Boke, Guinea Bissau, a lot of concerns were raised, and some of the resolutions that were passed were being implemented and achieved.

Among them was for dialogue in Mali for the population to return to democratic rule.

He said there were also resolutions on an end to the political conflict in Guinea Bissau, and for elections in the country.

“SAFRA should work on its own in order to ensure that any resolution that they pass is being achieved, by making follow-ups on member countries for the proper implementation.”

However, he added that this is difficult as SAFRA is facing financial challenges.

“We want our heads of state to lend a hand in the development of the initiative, as it serves as a peace-broking mechanism in order to get the support of ECOWAS.”

He called on the President of Senegal Macky Sall, who is also the chairman of ECOWAS, and President Yahya Jammeh to take the lead in institutionalising SAFRA in ECOWAS.

The issues of Lessé Passé should not happen between the SAFRA members states; thus it is crucially important for SAFRA Bureau members to embark on massive sensitisation campaign to put a stop to it, because it only makes the populations to suffer, especially women engaged in the cross-border business.

The Secretary General of SAFRA Bureau, Muntaga Darboe, said “the entire Bureau is happy with the coordination of the scientific committee”.

He also called on the participating countries to implement the resolutions that have been adopted at the conference in order to ensure that SAFRA’s aspirations are realised.

In drawing the curtain on the event, Omar Sompo Ceesay, Governor of Upper River Region, called on SAFRA member countries to implement the resolutions that have been passed by the scientific committee, adding that this is the only way they could achieve their goals.

“I can tell you that if you go and throw these recommendations to collect dust we will get stuck at where we are, which is not our wish.”

The president of the Chambers of Commerce and Industries of Kaye, Mali, Diaby Doucoureh, underscored the importance of the week of friendship and fraternity, recognizing some of the achievements it had registered since inception.

He challenged member states to live up to expectations in ensuring the smooth running of the sub-regional initiative.