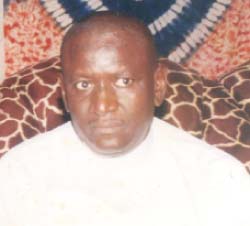 The Association of Wood Re-exporters and Foresters in The Gambia, in collaboration with the Ministry of Forestry and the Environment, at the weekend planted a good number of trees at the campus in Kombo East.

The massive tree planting exercise at the UTG campus was also attended by members of the Gambia Armed Forces and UTG staff.

The Minister of Forestry and the Environment, Hon. Jatto Sillah, and his permanent secretary were among the many volunteers at the exercise.

The Alkalo of Faraba Village, Jatta Kolley, expressed delight and appreciation at the level of commitment of the Association of Wood Re-exporters and Foresters in The Gambia for identifying their area for the tree planting.

Speaking on behalf of the vice chancellor of the , deputy vice chancellor Dr Omar Jah thanked the organizers of the exercise, saying they have materialised their plan which started as a mere idea.

He therefore commended members of the initiative and all those who participated in the exercise on behalf of his boss though the association’s chairman, Lamin Barrow.

Dr Jah praised them for their effort in complementing government’s efforts in preserving the environment.

He added that the importance attached to tree planting cannot be overemphasised in the sense that “it is just like giving life to the dead”.

“We would like to collaborate with the relevant authorities or association to move this agenda forward, when it comes to innovation and research,” he said. “So the is welcoming everybody to the show.”

He also encouraged all Gambians to join the Ministry of Forestry and the Environment in the exercise to make green all places of veritable development in the country.

For his part, the chief of Kombo East, Chief Alhagie Basiru Jarju, spoke on the significance of establishing a university at his area, Kombo East.

He said parents should encourage their children to go to school for their own betterment, while stressing the importance of education.The deputy Governor of West Coast Region, Fatou Sanneh, expressed joy and appreciation to the Government of The Gambia for creating an environment conducive for everyone to participate in nation building.

She noted that the UTG alone is enough for Gambians to know that “President Jammeh has the country at heart”.

She also called on the women to also get involved in the tree planting exercises going on across the country.

Deputy Governor Sanneh said that the tree planting exercise should be a collective responsibility to ensure all major government infrastructures are green.

She also used the opportunity to thank the entire membership of the wood and timber re-exporters for their initiative.

The permanent secretary at the Office of the Vice President, who was with the volunteers at the VP’s farm, lauded the gesture.

PS Lamin Nyabally said: “This particular exercise is laudable in the sense that it is in line with the philosophy of President Yahya Jammeh, who called on Gambians to grow and eat what we consumed. I am very much impressed with the participation of the Association of Timber Re-exporters.”

He noted that this is one way of contributing immensely towards national development. “We all know that trees are a source of life; without trees there will be no life,” he said.

Also peaking at the exercise, the chairman of the Association of Wood Re-exporters and Forest Users in The Gambia, Lamin Barrow, explained that the association was formed not only to make profit, but also to contribute to national development.

Looking at the , the association deemed it very necessary to join with the relevant authorities to make it green, he said, adding that “the importance of the university to our future generation cannot be overemphasized, far as education is concerned”.

Mr Barrow said their demonstration is to show that they really appreciated what the president is doing for the country.

He also thanked the Ministry of Forestry and the Environment and its line department of forestry for giving them the technical support.

He also commended the President of The Gambia for his foresight in giving them the opportunity to operate in the country.

For his part, the director of forestry, Abdoulie Sannneh, told the gathering that contributing to national development should be everybody’s concern as patriotic Gambians.

“We should not value money more than our forest,” he said, while thanking the wood and timbers re-exporters association.

Alieu Ngum, a member of the association, expressed similar sentiments and thanked the government for their support to them.

In his official opening statement at the exercise, the minister of Forestry and the Environment, Hon. Jatto Sillah, thanked the association of timber re-exporters for contributing their quota to national development.

The government would continue to give them support at all times, he said, while warning them to desist from conniving with forest intruders. 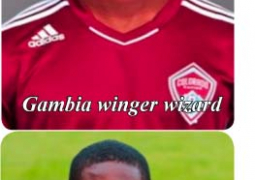