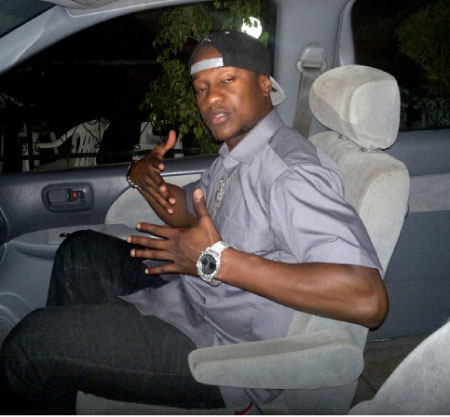 Gambian famous musician Martin Lyrix is presently busy putting finishing touches on the work of another album but according to him no actual date is set for the release of the album.

Martin is one of the outstanding artistes making waves in The Gambia music industry and in the sub-region.

In a chat with Point Entertainment & Lifestyle on Wednesday at his residence in Sabena, Martin Lyrix King said right now he is busy at the studio working on another album as well as trying to develop his music.

“My plan in the future is to represent The Gambia at international world music in the area of production and marketing,” the charming Gambian star said.

Having won the Gambian Talent Award Hip-hop song of the year in 2008, which he dedicated to his beloved mother, Martin is always working hard to take The Gambian music to higher heights.

“If we keep the hard work we would take it (Gambian music) where we want it to be,” the ambitious musician says.

He finally calls on his fans to keep the momentum and always work hard and support his music, promising them that they will enjoy more songs from him.

He therefore appealed to the general public to encourage artistes and promote their work.