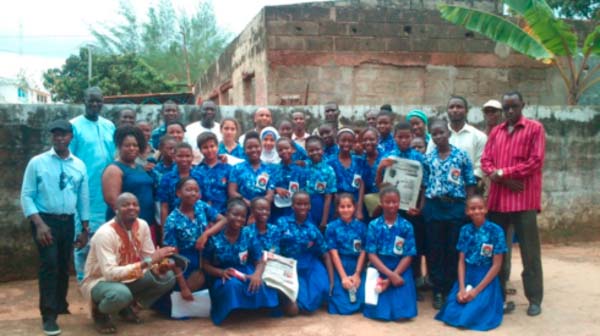 Marina International School yesterday visited The Point Newspaper to have an idea on how newspaper production is made in The Gambia, as part of their extra-curricular activities in school.

Pap Saine, the co-proprietor of the Point Newspaper gave a brief history of the newspaper, saying it was established in 1991 with three co-partners, the late Deyda Hydara, Baboucarr Gaye and himself.

He said they started with three productions a week and later expanded it to a daily newspaper, adding that the Point was the only newspaper that has won three international awards because of their transparent and watchdog role, press freedom, good governance and ability to promote development through developmental news coverage.

The newspaper publishes news on day to day affairs of the country, lifestyle, health, agriculture, economic and politics in general following the demand of their readers, he expatiated.

He also spoke on the challenges of newspaper production in The Gambia, saying that they depend on adverts to survive, but late payment by advertisers, and internet or online reading which affects hard copy sales and constant electricity supply as major challenges.

He further added that newspaper production has three departments including the Management, Editorial and Technical department as well as the Marketing department.

Marketing is the backbone of the paper followed by the computer section where all the design is made and website run.

He added that survival of journalism was a very difficult profession during the last regime because of the media laws and state-censorship.

Abdou Aziz Jobe, a French teacher of the school said they are on educational trips for the students to learn about what was happening beyond the four corners of the classroom.

They have had a great experience in newspaper production and hope that journalism will improve to it required standard in the international level.

He said the journalists should be left to do their job like any other profession.

Isatou Demba, a student, said she was glad to know how newspaper production was carried out especially in the newsroom.

‘Journalism is an important profession in society but also risky’, she said.

Momodou Musa Njie, also a student, said that the English department of their school wants to have clear information on how a newspaper is produced and the operations of the press. 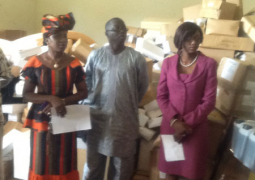