Lawyer L.S. Camara, counsel for the nine accused persons in the ongoing cocaine trial, yesterday told the narcotics court at the Banjul Magistrate' Court that he had filed an appeal against the ruling of the court on the issue of jurisdiction at the high court in Banjul.

He had, therefore, filed a stay of proceedings pending the determination of the appeal he filed at the high court in Banjul, counsel Camara told the court.

In response to the defence submission, DDPP Mikailu Abdullahi submitted that the motion was served on them yesterday in court, and that they will file a preliminary objection for the motion to be struck out.

He added that what is before the court is an application, and the parties have to be described accurately, adding that the accused persons are appellants not applicants.

The DDPP went on to cite the Evidence Act to buttress his submission.

"The proper heading for the application should have been Rudy Hamid Gazi as first appellant," said DDPP Abdullahi, and went on to urge the court to strike out the affidavit in support.

Counsel Camara reacted by submitting that the objection by the DDPP was "nitpicking", because he should have looked into the substance before raising an objection to the motion, which was not even moved before the court.

He submitted that the state is trying to delay this motion, and equally delaying the proceeding.

Lawyer Camara further said what is before the court is a competent motion and a competent affidavit in support duly sworn before a proper person, as stated in the Evidence Act.

He said that the state did not even tell the court how fatal this affidavit is, adding that it is competent and the court cannot strike out the affidavit in support.

What is before the court is a competent motion paper and a competent affidavit in support of the motion, counsel continued.

He added that the affidavit is in compliance with sections of the Evidence Act.

According to counsel, the state said that a mere description of applicants as appellants made it defective to the extent that it should be struck out, when the issue of jurisdiction is pending.

Counsel Camara said the court did state at the last adjournment date, on 14th September 2010, that the rules practiced at the high court cannot be practised at the magistrates' court, because it is a court of summary trial. The DDPP, counsel went on, also said that the procedures adopted at the high court do not apply in the lower court.

Camara said that assuming without conceding that the affidavit is defective, the legislators in their wisdom have made provision for those situations.

He went on to cite section 87 of the Evidence Act as the only situation when the court should strike out the affidavit.

He therefore urged the court to overrule the prosecution’s submission as it "lacks merit".

In his reply on points of law, the DDPP said that counsel has misconceived the provisions of section 93 of the Evidence Act, and urged the court to strike out the entire motion.

The trial Magistrate Hilary U. Abeke overruled the defence counsel’s submission and subsequently gave an order for the defence to continue cross- examination of the 1st prosecution witness, Momodou Lamin Kebbeh, the village head of Bonto village.

Continuing his testimony under cross-examination, Mr. Kebbeh admitted being the alkalo (village head) of Bonto village for 11 years, when counsel posed a question to him.

He also told the court, under cross-examination, that he returned to The Gambia in 1986, and he became the alkalo of Bonto village in 1991.

The witness told the court that the first accused person has boats, and had involved in fishing, but did not know what the second accused did for a living.

The case was adjourned to 21st September 2010 for the hearing to continue. 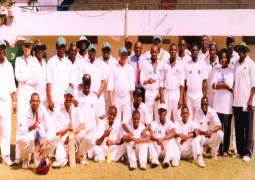 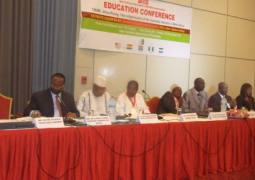