As part of the celebration marking the 50 years of its existence on the educational terrain of The Gambia, Marina International school last Saturday staged another grand Golden Jubilee school fete that took all attendants to surprise. The Festivity was well punctuated by staff and students of the school, parents, invited guests and other highly calibre of personalities with a cross section of Marina Administration wearing the school uniform to cherish and acknowledge their identity and brought the day into a real life situation. As the day grew older, and hours went by the school children, staff and invited distinguish guest expanded to the food fair area with the view to be at their best with stands and enjoyed the most special African and European dishes that are displayed from length to breadth and in every four corners of the ground.

Everyone was prompted to quickly appear in the area where waiters displayed different foods in their best conditions. The unveiling of the Golden Jubilee plaque was done by Mrs Sira wally Ndow Njie among many others.

In an exclusive interview with this reporter, The newly Chairperson of the board of Governors, Mrs Sira Wally Ndow Njie, said the day was like in her life a special honour, for becoming the new chairperson of the board of Governors of Marina International School. She said she was happy to join with staff and students to celebrate today. "However it is also an important day to celebrate in the life of the school, because there have been a lot of achievements over the year. Therefore, it is important and more appropriate to celebrate this day with emotions and with styles in order for it to be a real day for us," she remarked.

Also expressing his feeling during the programme, the Acting Head of the High School, Mr Musa O. Sanneh said nothing is more special in his life today than the celebration of the 50 year Anniversary of Marina and the Golden Jubilee School fete. He also said that the day must be celebrated with styles and movements inorder to see the reflection of life in the universe. Others who expressed similar touching and emotional clauses included Mrs Fatou Bin Jobe Manneh.

Mrs Fatou Bin Jobe-Manneh is the current Head Teacher of Marina International Junior school. She attended , went to , , Mills College Oakland CA, Middlebury College Middlebury VA. She also studied at both the and . She is also an ASHOKA Fellow and member of the Rotary Club of Banjul.

According to the profile, Mrs Jobe-Manneh joined as Head of the Junior in September 2004.Her leadership is an excellent one in that she is not only a dynamic leader, but also a great manager. This kind and pleasant women has a clear vision and direction for and education of children as a whole. She can relate with everyone from babies to old people. At the school level, she provides stability for children, teachers and parents. She does embrace and recognize individual contributions and believe in 'team work' to get things done. She is always open and quick to listen, advise and give encouragement in any situation. Mrs Jobe-Manneh does not shy away from speaking out her mind or implementing positive suggestions. Her thirst for knowledge is never quenched. Isatou Dumbuya wants to see every child no matter what they know, grow from one step to another. For her, every child deserves the best. Her staff in Marina and any other person who has worked her will, she never stops pushing you to keep reading for more knowledge, sharing good practices and seeking further training.

If you really want to know who this changer-maker really is, ask the hundreds of young people whose lives she touched through her popular after school program a better chance learning centre. Many of those lost adolescents and children who could not read that she nurtured, motivated and re-guided back the right track and direction are today successful in their careers and other pursuits. Mrs Jobe-Manneh as students know her, believes in character development and confidence building in young people. 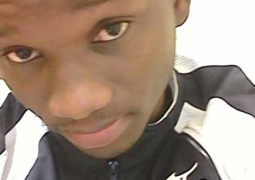 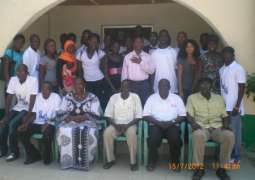