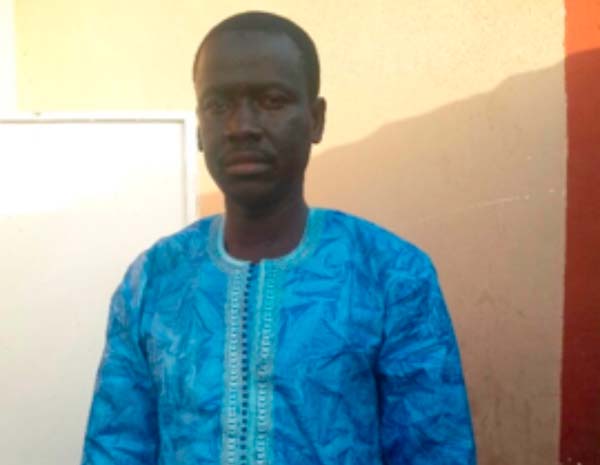 Various mango out-growers within the Greater Banjul area on Tuesday convened a daylong review meeting for the current mango season 2015.

Held at the Kabafita Nursery School in Brikama, the meeting was organised under the auspices of Radville Farm Limited through the Gambia Competiveness Project (GCP), which is a World Bank-funded project.

It was part of their project requirement to organize a meeting at the end of the year to take stock of their achievements, successes, challenges and shortfall as well as carve a way forward.

In his speech, the coordinator of the Radville Farm Limited, Sulayman Mboge, welcomed the out-growers for their hard work in the 2014 and 2015 mango seasons.

Mr Mboge also seized the opportunity to thank the president of the country for enabling his company champion a “worthy course” by helping the mango farmers.

“I will also take this opportunity to thank the Ministry of Trade in helping us solve most of the little hitches we were experiencing during the implementing stage,” he said.

Mr Mboge stressed that if all future projects are handled the way the GCP out-grower project was handled under the able leadership of Mr Manga, the country will see big changes in the life of ordinary Gambians.

This is because the income base of the out-growers has increased from zero dalasi from the sales of their mangoes, to over D50,000 for most of the serious farmers, “which is above the salaries of most people dressed in suit and sitting in air-conditioned offices without any stress”, Mr Mboge said.

“This increase in the production could be attributed to a lot of reasons including the good farming practice of most of the out-growers and the success of the previous season 2014, but the major reason is the support the project rendered to the out-growers by providing them with 6000 harvesting trays and the commitment from the project for Radville to extend the mango processing machine by agreeing for the project to pay 50% of the cost of the expansion,” he said.

Further commenting on the support to out-growers the project is also providing 50% cost of motor vehicle (reefers) for the transportation of their products through freight to Dakar, Mr Mboge said.

“Direct support to the out-grower project has increased the number of sprayers for each group with additional motorized sprayer and also personal protective clothing and pruning material for each out-grower,” he said.

The project has provided opportunity for support for farmers to be certified, he stated, saying that a consultant was hired by the project to assess the farmers, with nine already certified to be able to directly sell their products in the European Union markets.

According to Mr Mboge, 5 containers of mangoes got destroyed in the UK due to fruit flies, which cost Radville D1,100,000 for mangoes paid for to the out-growers which did not include packaging, labour, logistics, and freight.

He said the other constraints they are faced with are lack of proper care and inadequate preservation of mangoes on the part of farmers, especially during harvesting, which had led to 200% increase in rejection of their produce the previous year.

He also appealed to the government to come up with plans to give waivers on imported packaging materials.

Taxes imposed on their imported packaging materials is also increasing their cost of production and weakening their competitive strength when they export their products for sale at the international market, compared with “our neighbours who are buying packaging materials in their own country without having to pay import duties and freight for such materials.
Share Article
Share on Facebook
Share on Twitter
Share by E-Mail
Share on Pinterest
Share on LinkedIn
Share on WhatsApp
Previous:
Buyer-Seller workshop for groundnut value chain stakeholders wraps up
Next:
GYIN-Gambia orients new members