The magistrate, in delivering his judgement stated that the convict was charged with three counts: theft, shop breaking and assault causing actual bodily harm, which he pleaded not guilty.

He adduced that the prosecution in support of their case had called in two witnesses, while the convict testified on his own without calling any witness.

Magistrate Mbacke further stated that the prosecution had proven his case beyond all reasonable doubt by calling on two credible witnesses.

The IGP was represented by 3466 Sawaneh. 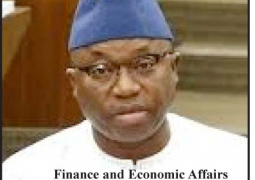