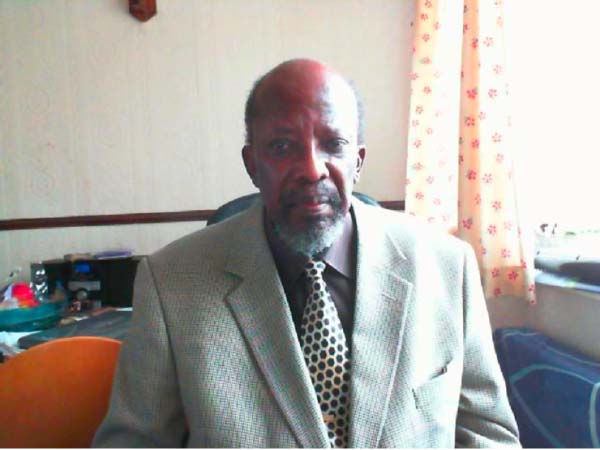 Dr Jeggan C. Senghor, a Senior Research Fellow at the Institute of Commonwealth Studies, School of Advanced Study, University of London, shares his views about African icons and regional integration, after recently launching a book he authored on the life and times of the Very Reverend J.C. Faye, one of Gambia’s statesmen who struggled to let the country gain political Independence in 1965. An Extract of the interview he had with The Point follows:

As someone who has done a lot of research on regional integration in Africa and has written books and articles on the subject, and particularly on Senegambian integration, what is your assessment of African integration? In ECOWAS, for example, are the fundamentals in place?

Regional integration is a complex, multi-dimensional and dynamic process. As such, it may indeed be more useful to limit our discussion specifically to West African integration. If not for any other reason but that much of my recent work has been on and with ECOWAS. Besides, it would enable us to avoid making meaningless generalizations that may not be applicable to the continent as a whole or the regions.

Regional integration has been with us since the dawn of African political independence and, some argue, even before then. ECOWAS, for example, is commemorating – and, dare you, even celebrating – its 40th anniversary in just four months’ time. Given our colonial past, the geopolitics of the region, and a wide range of compelling on-the-ground realities regional integration has been inevitable. Granted, because of impatience and intolerance we sometimes are rather hard on the AU, ECOWAS, and the regional economic commissions (RECS). But, at least, they still exist and regional integration remains high on the agenda.

There are still some fundamental problems in regional and continental integration, but one thing that is essential is that policymakers are now more aware of many of them. Previous to recent times they were not even aware. The question is what types of actions they should take to deal with these problems. How much of an impact on integration are different options likely to have. In fact, are they likely to have any impact at all. Awareness is essential but more so is appropriate action.

So, one of the key fundamentals is in place in West African integration. There is more genuine acceptance of the imperative of regional integration. There is a greater awareness of the existence of ECOWAS and ancillary institutions, and the broad objectives of the organization. This is especially so in the instance of the political class and policy makers. I can now afford to be categorical when I say that the political leadership in West Africa believes in regional integration even if the intensity of commitment to the realization of its goals and objectives may vary. This compares very favourably with even two decades ago.

Just one or two reasons as to why there is a change from the early decades of independence?

First, at the national level the leadership profile has changed drastically – more technocratic and professional, youthful, and more distant from the inward-looking generation of the earlier era; preservation of borders is less of a threat to them. Second, the dynamics of domestic politics are leading increasingly towards a democratic dispensation. Interestingly, this means a stronger predisposition to achieving results both in terms of internal and external goals and objectives. Third, as the state recedes non-state actors fill the resulting space; pressures for more meaningful actions towards integration becomes more of a priority for such actors and they exert their influence in that direction.

Then also, in some areas ECOWAS citizens are beginning to benefit directly from integration endeavours, notably the free movement of persons, residence and establishment. This is fundamental – the more the citizens experience the benefits of integration, and at a personal level, the easier to attract and retain their support and loyalty.  For example, instead of the traveler having to carry five passports as he travels through different West African countries he now needs only one passport – “free movement” takes care of the rest!

How about the challenges that confront regional integration in West Africa, again as concerns the fundamentals?

Let us concentrate on selected infrastructural matters and leave substantive issues for another day. One challenge that immediately comes to mind is that though effective means exist for policy development there are serious constraints as concerns implementation. Increasingly, performance is being measured in terms of outputs delivered. There is therefore a certain urgency in ensuring that effective modalities are in place for implementation of integration programmes. This is particularly so at the national level where the greater part of implementation must take place. Here the infrastructures for managing regional programmes and projects for integration are still relatively weak and frugally resourced. The obvious explanation is that at this level implementation of regional programmes is not a high priority compared to national programmes and projects. This was a key finding in a study commissioned by the ECOWAS secretariat in 2004 for which I served as technical expert – it still holds.

Whilst on this let me note the perennial subject of the quality and relevance of programme outputs. As in every organization this varies as between departments. To a great extent, quality assurance techniques can help in improving outputs. What is more serious, however, is the impact of such outputs on the integration process. To what extent are studies and other types of programme outputs contributing to increased levels of integration? To what extent is this issue of impact a point of reference in the process of designing and implementing integration programmes?

The issue of a weak resource base is problematic for many inter-governmental organizations in West Africa and beyond. How major is it an issue in ECOWAS?

Quite. There is an overarching challenge of resources for financing integration. Even before the issue of a resource shortage reared its ugly head there had been an awareness of the need to reduce dependence on external funding of ECOWAS – including from the international financial institutions and organizations such as the European Union. Surprisingly, such dependence extended to such basics as organization design, human resource management systems, performance assessment systems, and other management functions. More threatening is external funding of the integration programmes themselves.

Talking about resources there is disquiet in some quarters about the use of resources. The worry is whether, in the first instance, it was necessary to change from the original Secretariat arrangement to the present Commission system. The costs have been incredibly heavy, notedly with the creation of the posts of Commissioners.  These, by the way, were recently increased from the original eight to 13, excluding the President of the Commission and his Deputy. Was this increase really necessary? Or, once again, was it borrowed from the European Union where each member State holds one of the posts of Commissioner!

One estimate is that it costs about $350,000 annually to finance one such post, for 13 the total cost is US$4,550,000. If this were for funding operational projects and other substantive integration activities it would have raised the levels of work programme implementation and gone some way towards relieving the financing pressures. It would definitely offset some proportion, however small, of the funding that comes from foreign governments and institutions.

One matter arising is what additionality do the Commissioners bring to the work of the organization? How effective are they compared to the Directors in the old system - and still exist? Why, in fact, was the whole system change at all? Was there anything so wrong with the old system that it was necessary to adopt another layer of authority? Or was this yet another aping of the European experience. This is one of the major lapses in ECOWAS that calls for further debate and rectification.

So after all this, and more, do you think it is possible to achieve African integration?

I think it is, I think it is. What is most important is the degree of commitment and there is currently an unquestioned commitment to the cause; this is a basis for action. Already, and as is expected of the neo-functional approach which the region has adopted as its strategy for integration, some powers previously jealously guarded at the state level have been transferred to the region level. Rather than unit-level action, the region has assumed these as areas of action. To put it in technical language, there is intra-sectoral spillover of functions. This is particularly so as concerns peace and security.

Could you explain a bit about the levy you mentioned earlier?

The community levy is a means for providing ECOWAS with an own- resource system; it was among the many innovative recommendations made by the Committee of Eminent Persons for the Review of the ECOWAS Treaty (1992) on which I served. It involves imposition of a levy of 0.5 percent on imports from third countries which was collected at source, automatically deposited into a special in-country ECOWAS account, and then forwarded to the organization’s headquarters accounts. The proceeds from the arrangement were expected to meet the requirements for financing all aspects of integration in West Africa, but particularly the recurrent budget and the integration programmes throughout the region. In recent times, however, concern has been expressed by the top management in the Commission about difficulties experienced in effecting collection and transfer of monies derived from the levy; this was having a deleterious effect on the functioning of the organization and on work programme execution.

To throw more light on integration in the region are there any subjects to which more research attention should be paid?

In answering this question let me first say that there is an urgent need for more dedicated research on all aspects of regional integration in Africa. We urgently need a critical mass of experts on the subject given its important to our continent; particularly younger researchers. At present most are merely conference-integrationists: they write on the subject only as passports to attending conferences. They are part-timers. For them, regional integration is really not of primary interest; it is merely a carry-on. In addition, there is the urgency of doing more policy-oriented research, while not downplaying the value of purely academic research. This external policy-oriented research inputs should complement the in-house components from the stage of conceptualization to that of impact assessment.

On your question, let me briefly mention four subject-areas which also happen to be of personal interest. First is cross border cooperation, identity construction and impact on regional integration. Second is the much neglected subject of regional public goods and their potential for strengthening the basis for integration. Third, “Senegambia” as a microcosm of regional integration in West Africa. Fourth, research on non-state actors as participants in the integration dynamics in West Africa - in reference to the main tenets of the bottom-up emphasis of the New Regionalism Approach. Of course, there are many other subjects crying out for further research. The field is vast.

Dr Senghor, I am very grateful that you have given up so much of your time to answer my questions. Hopefully, we can continue the exchange with you sometime in the future. I wish you the very best.

I also wish you all the very best. 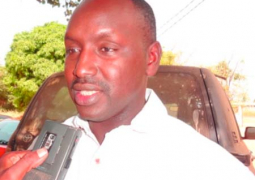