A man was on 23 June 2016 charged in absentia with kidnapping and abduction before magistrate Omar Cham of the Banjul Magistrates’ Court.

Prosecutors presented a bill of indictment which stated that Allan Jorung on 23 December 2015 in The Gambia brought and unlawfully kept one Carito Emilio Jimenez in The Gambia, beyond the 28 December 2015 out of the custody of his mother, Sandra Vamille Jimenez, who has lawful care of him against her will, and thereby committed an offence.

The state counsel, E. Mendy, who was representing the state along with Lamin Jarju, applied to the court to issue a bench warrant for the arrest of the accused.

Her application was granted. 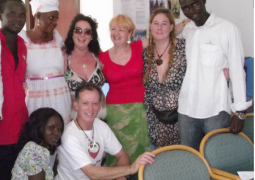