The Gambia National U-20 team on Wednesday were held to a 2-2 draw by Real De Banjul in a friendly match played at the Independence Stadium in Bakau.

The friendly between the Young Scorpions and the Gambia Football Federation domestic division one league side was staged as part of the team’s preparations for their international friendly match against Senegal on Sunday 26 June in Dakar.

The Young Scorpions are actually preparing for their 2017 African U-20 Youth championship final round qualifiers first leg against Guinea Conakry on 10 June 2016 in Banjul.

Omar Sise’s charges were denied victory after they were held to a 2-2 draw by the city boys Real De Banjul in the friendly match.

Speaking to reporters after the game, Under 20 coach Omar Sise said the game was organised to stretch their muscles for their international friendly against Senegal as well as the 2017 African U-20 Youth Championship final round first leg tie with Guinea Conakry on 10 July in Banjul.

Sise said his team played very well, adding that Real dominated and controlled the game but his boys resisted.

It was very difficult game, he said, adding that his boys were not too fit, which was why they could not stick to their game plan.

However they were able to hold the game to a draw. 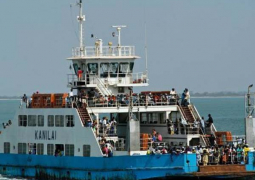 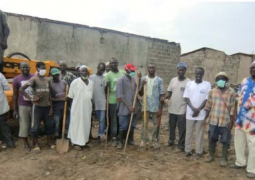