Man gets 6 months for attempting suicide

Demba Secka, who pleaded guilty to a charge of attempted suicide, would now spend the next six months in prison.

Magistrate Emmanuel Amadi recently sent Mr. Secka, believed to be insane to prison where his mental status would be examined.

Secka is charged with attempting to commit suicide by hanging himself late 2009 in Brikama.

He said the prosecutor had informed the court that CID officers went with the accused to Banjul to trace his parents, who took them round the whole of Banjul, but could not produce his parents.

He said that the prosecutor had further informed the court that he was taken to the psychiatric hospital, but were told he cannot be there without the consent of his parents. 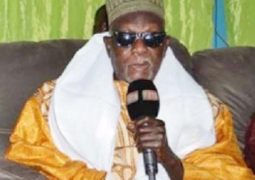