The Government has issued a strong warning to those who are in the habit of accepting foreign currencies instead of the dalasi in their dealings.

"Anyone who doesn't want to use the dalasi may as well leave the country," a press release issued by the Office of the President, and aired over the national broadcaster, has said.

The presidency has condemned the move taken by some businessmen and landlords to charge in foreign currency in their dealings instead of the dalasi.

"The Office of the President is reliably informed that some businessmen and landlords are charging foreign currencies in their dealings in lieu of the dalasi, which is the only legal tender of the country. This is unacceptable as it's in violation of the Laws of The Gambia, and must stop immediately."

The release added that businessmen and landlords are therefore reminded that Operation No Compromise is alive and in force.

Consequently, it added, the police and National Intelligence Agency (NIA) are instructed to arrest and prosecute any businessman and or landlord who refuses to accept the dalasi while doing business, selling or buying anything.

"Unlicensed foreign exchange dealers are also strictly warned that if caught they would be dealt with according to the laws of The Gambia," said the release.

The release further stated that the police and NIA are, therefore, urged to set up a combined nationwide team to ensure its immediate enforcement.

"There would be zero tolerance of exploitation and domestic operation and those practising it should desist from it," the release concluded. 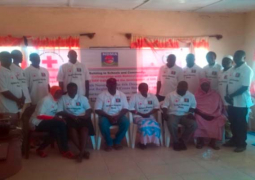