One Muhammed Fofana was recently convicted and sentenced to a fine of D3, 000 in default to serve one year in prison by the Brikama Magistrates’ Court, presided over by Magistrate Jaiteh.

The court further ordered that the convict, Muhammed Fofana, through his insurance company policy, to compensate D7,000 to one Lamin S. Bah who sustained a severe leg fracture, not later than 3 months from the date of the judgment in default to serve 5 years imprisonment with hard labour.

In his judgment, the trial magistrate stated that the convict, Muhammed Fofana, was charged for permitting unlicensed driving.

The particulars of offence were that on 5 February 2015 at Brikama Nyambai, Fofana permitted one Ebrima Touray to drive a vehicle with registration number BJL 6400 G, without a valid driving license.

Fofana was arraigned, and pleaded guilty to the charge.

The police prosecutor gave brief facts of the offence committed, and pointed out that the offence occurred on 5 February 2015 at Brikama Nyambai between the hours of 11 pm and 12 midnight.

While some officers were on a spot check based on information they received around Brikama Nyambai, they were stopping and searching vehicles.

The vehicle with registration number BJL 6400 G, driven by one EbrimaTouray, knocked down one of the officers on duty at the checkpoint called Lamin S. Bah, and he sustained injuries and was rushed to Brikama Health Centre, and later referred to EFSTH in Banjul.

The injured officer was admitted at EFSTH for almost two weeks, and was discharged to seek for local treatment, and he was still on treatment for a fractured leg.

The accused admitted to the facts highlighted by the prosecutor as the truth of the matter.

It is trite law that facts admitted need no further proof and the court could convict an accused person on his own guilty plea, stated the magistrate.

“This court can convict an accused person on his own guilty plea and consequently, I find Muhammed Fofana guilty as charged and convict him accordingly.”

In passing the sentences, the magistrate said he had listened carefully to the plea of leniency and also considered the fact that the convict was a first-time offender and was remorseful.

“I have considered that the convict is a first-time offender and entered an early guilty plea without wasting the time of the court.  I shall hold these as mitigating factors in favour of the convict and temper justice with mercy.”

“For these reasons, I am tempted to invoke section 29(3) of the CC and not to impose a mandatory jail term,” he said.

Nonetheless, he added, the convict should be taught a lesson in order to deter others, hence the convict was very callous by permitting an unlicensed driver to use his vehicle, thus exposing the Gambian population to an unimaginable risk of danger. 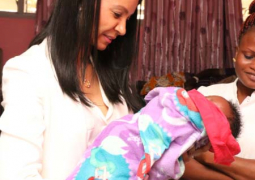