Magistrate Surahata Danso of the Bundung Magistrates' Court recently convicted and sentenced one Alfusainey Bah to a fine of D500, in default to serve three months in prison upon his own plea of guilt to the charge of stealing.

He was also ordered to compensate the complainant the sum of D5000, in default to serve nine months in prison.

According to the particulars of offence, on 2nd August 2010, at Brusubi the accused, Alfusainey Bah wilfully removed the electrical wire from the house of one Haddy Ma-Sarjo, valued at D2500.

He admitted the fact of the case as narrated by the police prosecutor, 3466 Sawaneh. 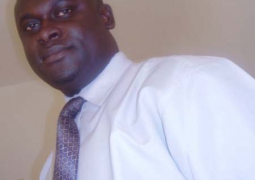