One Mustapha Faye was Monday convicted and sentenced to a fine of D1,000 in default to serve 3 months in prison by Magistrate Secka of the Brikama Magistrates’ Court.

According to the charge sheet, the accused, Mustapha Faye, on 31 May 2013, at Old Yundum village, stole cash amounting to D900 from a motor vehicle with registration number BJL 3064 D, being the property of one Ousman Sowe, a charge he admitted.

The fact of the case as narrated in court by the prosecutor said the complainant, Ousman Sowe, who was in his vehicle with his apprentice discussing some issues before closing from work.

The accused came near and when he realised that these people were busy, he collected the money from the front driver seat and before he left, they realised that something was happening.

When they asked him, he started running and they chased and caught him near the football field.

They searched him but the money was not found on him and when they started beating him, he told them where the money was and only D615 was found.

He was apprehended and brought to the station where he confessed that the rest of the money got lost while he was running.

At the station, he was charged and cautionary and voluntary statements were obtained from him.

In the voluntary statement, he admitted to taking the money.

The voluntary statement and the cash amounting to D615 were tendered and marked as exhibits without any objection from the accused.

The accused, in his plea of mitigation, said he was begging the court to temper justice with mercy, as he had regretted what he did and did not even know what tempted him to do it.

The magistrate, in delivering his judgement, said based on the plea of the accused and his admission in the voluntary statement with the cash amounting to D615 which was in evidence, he therefore sentenced the accused accordingly and ordered that the D615 be returned to the owner. 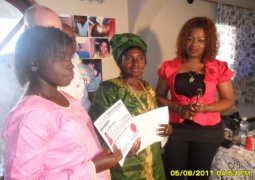