The Banjul Magistrates’ Court on 2 November 2011, convicted and sentenced one Ismaila Ndow to six-month imprisonment with hard labour for theft.

According to the particulars of offence, the convicted person, Ismaila Ndow, on 9 October 2011, at Kanilai Family Bakery, along

Independence Drive
, stole an iron rod valued at D300; the property of the Kanilai Family Bakery.The prosecuting officer narrated the facts as stated in the particulars of the offence.

In his plea of mitigation, the convict craved the court’s indulgence to temper justice with mercy.

“I thought the iron rods were abandoned when I was taking them,” said the convict, adding: “It will never happen again.”

The court was told that the convicted person was a first time offender.

In passing sentence, the trial magistrate told the court that the offence of stealing was a serious one, noting that the convict did not waste the court’s time and sentenced him accordingly. 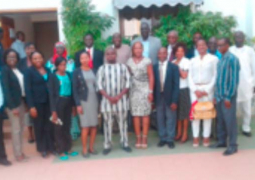 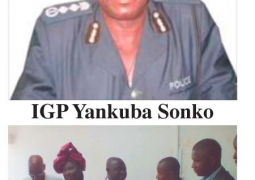