Abdoulie Gibba was on 3 September 2012, convicted for damaging the Fire and Rescue Service vehicle by Magistrate Dawda Jallow of the Kanifing Magistrates’ Court.

Abdoulie Gibba along with Ebrima Saidy were arraigned earlier before the Kanifing Magistrates’ Court and charged with willful damage to property, an allegation they had denied.

According to the particulars of offence, the accused persons, on 7 August 2011, at Dippa Kunda, in the Kanifing Municipality, jointly and willfully damaged the windscreen of the Fire and Rescue Service vehicle known as (Fire Tender) by stoning at the front screen, thereby committed an offence.

In delivering his judgement, Magistrate Jallow told the court that he held for the fact that the 2nd accused’s conduct in being the first to attack the fire tender by climbing and hitting it with his hands which was followed by other boys stoning the fire tender amounted to procuring the commission of the offence.

He added that the evidence against the 2nd accused was overwhelming, stating that both PW3 and PW4, who were both among the crowd, said they saw the 2nd accused climb the fire tender even before it came to a complete stop, hitting it with his hands.

According to PW4, said the magistrate, the 2nd accused insulted PW4 when she advised him to desist.

Magistrate Jallow further stated that PW4 said that she saw the 1st accused among the crowd, but did not see him stoning the fire tender, adding that PW2, the fire officer, also said that he only recognised the 2nd accused in the crowd that attacked them.

In sentencing the 2nd accused, Magistrate Jallow told the court that the 2nd accused was convicted and sentenced to a fine of D3,000 in default to serve six months in prison.

“It is hereby ordered that the sum of D8,000 being the cost of the damage windscreen be paid to The Gambia Fire and Rescue Service through the court as compensation in default to serve one year in prison,” said the magistrate.

The convict was given one month to pay both the fine and to compensation provided that he could provide one Gambian surety who shall enter into recognizance of D20,000, depose to an affidavit of means and deposit a valid ID card. 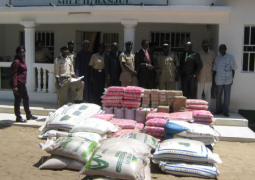 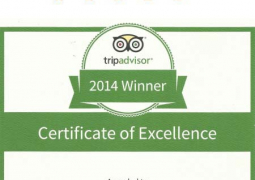