A man was recently cautioned and discharged by the Kanifing Magistrates’ Court, presided over by Magistrate Jallow.

Balla Trawally, who pleaded guilty of the charge of stealing, was also ordered to pay a compensation of D6,500 to the complainant.

The facts of the case as narrated by the prosecuting officer, First Class 656 Jaiteh, stated that it happened in March 2011, in New Jeshwang.

He added that the complainant then took the laptop to the convict and they agreed at a price of D6,500 and gave him the laptop marked ‘Dell’.

Still narrating the facts, the prosecuting officer said that later the complainant called the convict and enquired about the business and the convict told him he had sold the laptop at D4,700.

He said the complainant then took the convict to the Serekunda Police Station where his statement was recorded.

According to the charge sheet, in March 2011, at New Jeshwang, in the , the convict, Balla Trawally, fraudulently converted the sum of D6,500 to his own use, being the proceeds of the laptop given to him for sale by the complainant, Momo Abdoulie. 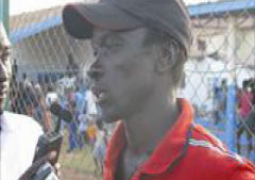