A man was recently cautioned and discharged by the Brikama Magistrates' Court presided over by Principal Magistrate Abeke.

Lamin Manneh pleaded guilty to the charge of stealing, and was subsequently cautioned and discharged after he begged the court's forgiveness.

According to the facts of the case, as narrated by the prosecuting officer, First Class 3645 Trawally, it happened on 1st May 2011, when the complainant left his money amounting to D250 with the accused person.

Officer Trawally further narrated that the complainant then took the accused to Brikama Police Station, adding that the accused was later charged with the offence committed. 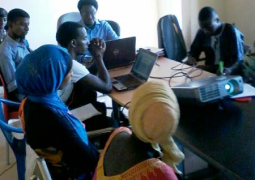