A man accused of stealing 16 heads of cattle was recently arraigned at the Brikama Magistrates’ Court.

Kalilu Bah, a resident of Ndemban Village, in the West Coast Region, denied the charge and was granted court bail of D200, 000 with two Gambian sureties.

The particulars of offence read that the accused, Kalilu Bah, between 2010 and 2011, at Ndemban Village, stole 16 heads of cattle valued at D152, 000, being the property of one Ba Jatta. 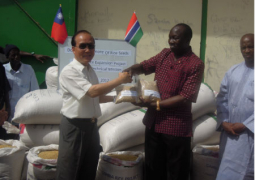