A man accused of raping his daughter was yesterday arraigned before Justice Emmanuel Amadi of the special criminal court in Banjul.

State prosecutors in count one accused Seedy Faye, stating that between 2012 and 2013 in the Kanifing Municipality, he unlawfully caused the death of the newly-born baby of the victim by strangling the baby.

In count two, Seedy Faye was accused of having carnal knowledge of a 17-year-old without her consent.

Seedy Faye was also accused in count three that he had carnal knowledge of his biological daughter.

The accused person was in court, but could not take his plea because he was without legal representation.

Seed Faye told the court that he was in detention for almost four months, and had nobody to help him.

“I know the victim, she is my daughter,” he said.

Asked by the court why he did not have a lawyer, the accused said he could not afford to pay for the services of a lawyer.

The judge then assigned the case to the legal aid agency. 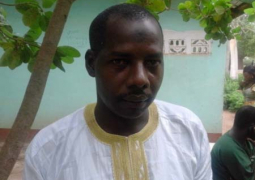