One Abdul Aziz Jarra was recently arraigned before Magistrate Jobarteh of the Kanifing Magistrates’ Court, charged with stealing from a dwelling house.

The charge sheet read that on 13 March 2015, at Kanifing Estate, in the Kanifing Municipality, the accused, Abdul Aziz Jarra, stole from the house of one Fatoumata Ceesay gold jewellery valued at $15,000, the property of Fatoumata Ceesay.

He denied the charge and was granted court bail of D400,000 from each of two Gambian sureties, and one should have a property within the Kanifing Municipality, and deposit an ID card. 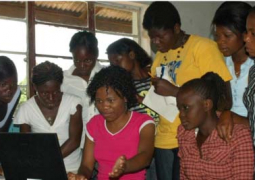 Women undergo training on uses of IT applications for self-enhancement