One Iderish Secka, a resident of Bundung Borehole, was recently arraigned at the Bundung Magistrates’ Court, charged with assault.

He had denied the charge and was granted court bail of D15,000 with a Gambian surety.

According to the particulars of offence, the accused, Iderish Secka, on 6 December 2011, at Bundung Borehole, assaulted one Fatou Secka with a stick.

The case at that juncture was adjourned till 23 January 2012. 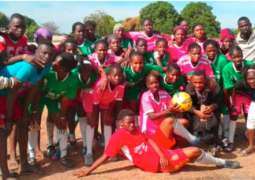