Hamadi Sowe, a 28-year-old Senegalese national and a native of Bandumba Mamadou village in the district of Genani in the region of Sedhiou, was over the weekend attacked and seriously wounded by a masquerade in Sintet village.

Reliable sources informed The Point yesterday that Sowe was attacked by the masquerade on Sunday, on his way from Senegal going to Sintet to attend his uncle’s funeral at around 3pm to 5pm.

Speaking to this paper on the issue, the Sintet village alkalo, Dembo Badjie, said he was not aware of any masquerade in his village prior to the incident, and was surprised when some of the villagers escorted the injured boy to his house to inform him that he was “slashed by a masquerade”.

He said at that point, the ward councillor ventured to rush him to the Kalagi Police Station, where statements were recorded and then to Sulayman Junkung Jammeh Hospital in Bwiam.

“The doctors in Bwiam after attending to him recommended that he should be referred to the Edward Francis Small Teaching Hospital for X-ray and further medical examination.”

From there, the boy was escorted with one of the doctors and one police officer from the Kalagi police station to Banjul, where they spent one night and then returned to Kalagi station. The young man subsequently returned to his home village in Bandumba Mamadou in Genani ward, where the boy is currently undergoing medical treatment.

He further said the boy was later escorted to Sintet for the arrest of the organisers of the masquerade. When they arrived at the place of masquerade organisers, Yahya Tamba, the head-teacher at Kalagi Primary School, Amat Tamba and Sogon Tamba were all apprehended by the police for questioning, but were released the following morning on bail after they confessed that they organised the masquerade. 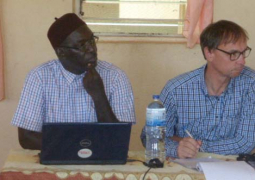 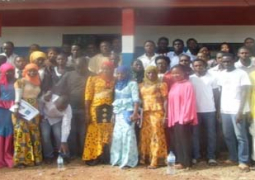 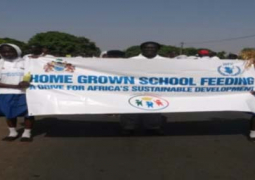