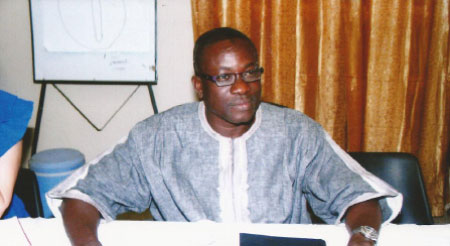 More competitions are ongoing in the music industry as musicians are busy putting finishing touches to release new albums.

MamTamsir Njie, who is one of the Gambian mbalax star, is also working to release another new album, provided he got the resources.

Briefing Entertainment recently at his office in Banjul, MamTamsir Njie said the type of recording he is doing is not a small project; it is rather something that needs to be studied.

“I do live recording, which is more expensive and difficult in the sense that you work with groups to produce something that the people demand,” he said, adding that resources are needed.

Mam Tamsir has released almost 24 albums, as well as singles, which are making waves in the region.

The role of the media is very important in terms of promoting Gambian music, he notes.