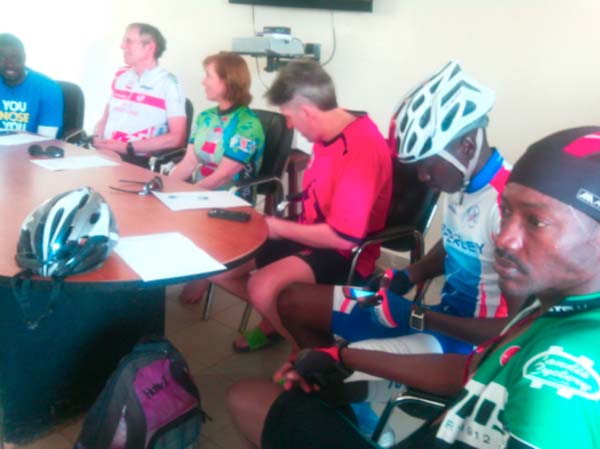 The official closing ceremony was attended by members of the Nova Scotia-Gambia Association, as well as representatives from the Ministry of Youth and Sports.

The event was organized by the Nova Scotia-Gambia Association in partnership with their team in Canada.

In his remarks, Abdou A. Kanteh, Nova Scotia-Gambia Association (NSGA) National programme manager, said it was a great moment for the association, as both an event for health promotion and community development, to witness the end of 2017 Love4Gambia bike run across the country from Kartong to Banjul about 424 km.

“I would like to welcome all of you to this event, which is a special event for us. I thank the team of volunteers that travelled far and wide from Canada with the sole aim and objective to raise funds to support the good work that Nova Scotia-Gambia Association is doing.”

He also thanked the media for covering the event from the beginning to the end.

John Leblane, the team leader from Canada, thanked everyone who attended the ceremony.

He said he joined the Nova Scotia-Gambia Association board in 2012, after visiting The Gambia and loved their work.

Babucarr Jabbai, secretary general of the Gambia Cycling Association, said it was a great initiative for The Gambia.

Momodou N. Sarr, NSGA Gambia coordinator, who delivered the closing remarks, said he has been doing this since 2011 and a lot of runners joined. 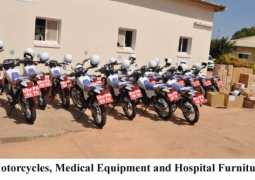