A plate downstairs shattered and it vehemently woke Jasmine up. It made her jolt out of her dreamless sleep. She nearly jumped out of her tiny bed as she flung the blanket aside and hastily made for the door.

Instinct told her to act very carefully, but she was irrational as she went downstairs to the kitchen to see to the problem, if there was, and of course solve it like the dutiful maid she was.

When she was at the bottom of the stairs, she heard the splash of water on the tiled floor. That made her mind to be at ease, because she knew it was only one person who would do that in the dead of the night. When she reached the door to the kitchen, she found it ajar. She craned her neck, tip-toed on her delicate feet and came behind a sweet little girl who was busy drinking some milk.

Louisa was so busy chortling milk down her soft throat that she couldn't hear Jasmine come in. Jasmine tickled her on the ribs and she turned around, face covered with milk as she giggled helplessly. She childishly licked the corners of her mouth and gave Jasmine an "I was very thirsty and needed something to drink" smile. At that moment Jasmine knew in her heart that she couldn't live without the childish laughter and banters of this child, her baby, the child she had come to love like her very own even though she did not have one.

She came nearer and ruffled Louisa's head. Before leaving with the child, she set everything in order and closed the door as she scooped the child and left for the nursery.

Even after she had tucked the sleepy child in bed and sang her a lullaby she always sang to her till she slept, Louisa still had an impish grin on her cute little face. Jasmine switched off the lamp, closed the door and went to her own room which was the adjourning room. All those while, she was very careful not to wake the Mr. and Missus up.

When she entered her room, a thousand different thoughts rushed to her mind as she remembered the treatment she was accorded in this household, the harsh treatment. But Jasmine saw it as nothing other than the course of pure servitude.

She was now twenty -three and it was five years ago when misfortune hit her family and drove her to the Njie's, searching for work.

She was a brilliant girl at school, but as fate would have it, she ended up being a maid, but all faith was not lost for a brighter future.

Just imagine the other day when she was serving dinner, the oldest son of the family who was always impatient with everything and everybody threatened to beat her up black and blue all because she served dinner one hour later than the usual time. He was told a few home truths matter of factly by his stern father and he later reluctantly apologized to her.

To top it all, Jasmine worked twenty-four hours and seven days a week just to earn her meager wages, but again her family couldn't do without it.

One thing she knew was that Louisa kept her going in her work with her angelic smiles, mysterious giggles and childish stories which made her love for the child to grow forever more.

Out of habit, she made her bed once more, settled in it and propped the pillow as she placed her head on it. She hugged the blanket around her and forced herself into a dreamless sleep, preparing herself mentally for tomorrow's demanding work. Then again, just like every other day, she reminded herself. 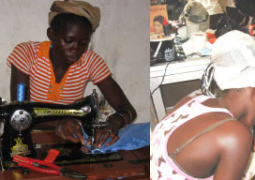 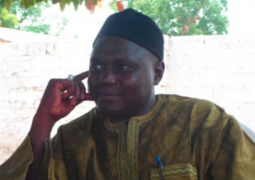