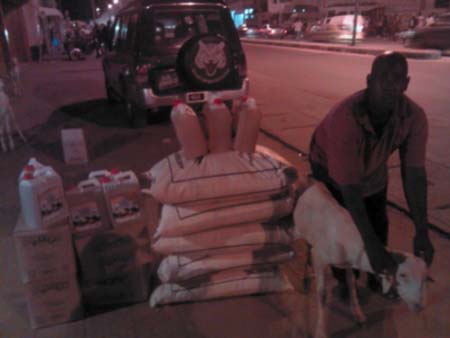 PMU Lotto-The Gambia on 2 October 2014 held a raffle draw for lottery customers and gave out five rams, five bags of rice and 5 containers of 20 gallons of cooking oil to 30 winners at a draw held at its office at Westfield.

Aji Besin Touray, marketing manager Lotto PMU, said one needed to have a ticket and stake D300 to qualify for the draw.

The promotion was meant to satisfy the customers during the Tobaski period, she added.

Ms Touray urged other customers to emulate the winners by playing. “If you do not stake you do not win,” she declared.

The Jackpots are special, she pointed out, and daily winners receive awards each day, she continued.

Mr Koma, senior marketing officer PMU Lotto, said the promotion was initiated two weeks prior to the draw to motivate their customers.

He thanked everyone for their patronage, and said that the draw was to plough back to the community.

The company is purely Gambian, Koma went on, and urged people to patronize them as the profits they make stay in the country.

He thanked the President for allowing and providing them the enabling environment to operate peacefully.

Alagie Gassama, Sherriff’s assistant at the Kanifing Magistrates’ Court, was one of the supervisors for the draw, and said the draw was transparent and went well, adding that such promotion can create more customers for the company.

He said he was pleased that a company just two months old was able to organise such a raffle for its customers.

He urged the company to keep up the good work, and urged customers to continue playing with the company, as more is in the pipeline for them.

Albinos: Why are they killed in Tanzania? 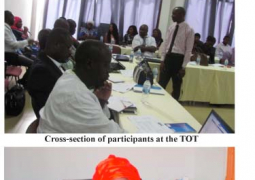